On the occasion of our final event of the season on Thursday, May 5th, we are honoured to welcome Judge Thomas A. Cromwell of the Supreme Court of Canada. Judge Cromwell’s talk is entitled “Sound Professional Judgment: The Lawyer’s Most Important Attribute”. CLE accreditation has been obtained for paid-up members. You can download the dinner invitation here, or reserve and pay online here. We are also most pleased to announce that Justice Cromwell will be introduced by Supreme Court Judge and Society member, Judge Morris Fish.

Just a reminder that the Annual General Meeting of the members of the Society will take place at 5:30 p.m. just prior to the event.  Please note that the Annual General Meeting is open to paid-up members of the Society. The purpose of the meeting is to vote on the nominations for next year’s Executive and Directors. During the course of the evening, we will also be announcing our incoming President.

I look forward to seeing you on May 5th for what is going to be a great night.

A sincere thank you to our sponsor for the evening,  De Grandpré Chait.

Young Bar Cocktail – Save the date!

On behalf of Young Bar Chairs Alyssa Yufe and Neil Hazan, we are pleased to announce that the Society’s Annual Young Bar cocktail will take place May 31 at 6 P.M. at Decca77. More details will follow, but we wanted to ensure our Young Bar members put it in their agenda now!

Show me the Monet! Recovering Art Stolen During the Holocaust

On Thursday, April 7th, the Lord Reading Law Society had the honour of welcoming Mr. Lawrence M. Kaye, co-chair of the art law group of New York law firm Herrick Feinstein LLP, for a fascinating talk entitled “Show Me the Monet: Litigation Strategies When Suing to Recover Art Stolen During the Holocaust”.  Mr. Kaye spoke on the occasion of the Society’s annual Mr. Justice Henry Steinberg Memorial Lecture.  (Fittingly, the late Mr. Justice Steinberg was a collector of art).

During the Holocaust, the Nazis pursued a policy of “Aryanization” of paintings belonging to Jewish people in Germany and the various countries it occupied.  Despite the fact that some paintings stolen during the Holocaust have been returned to their rightful owners, many more remain to be recovered.  In numerous cases, paintings have gone missing altogether.
Even once a stolen painting has been located, the task of persuading – or compelling – the collector or art museum in possession to part with the work of art does not always prove easy.

While projecting images of stolen paintings on a screen behind him, Mr. Kaye explained how he employs arguments under international law and the domestic laws of various countries, supported by evidentiary proof, combined with the moral argument that one should not benefit from possessing stolen goods, to restore stolen art to its rightful owners.  Proof of ownership is often made by using handwritten catalogues of holdings of Holocaust-era Jewish art dealers whose artwork was subject to forced sales or outright confiscation by the Nazis.

Probably the most important factor, though, in recovering stolen artwork has been perseverance.  We are compelled to remember the horrors of the Holocaust and to celebrate the Jewish people’s spirit of survival, said Mr. Kaye.  Indeed, to fail to make the effort to recover these stolen paintings would be tantamount to forgetting the past.
Mr. Kaye observed that, in his experience, the closer in distance an art museum is to Germany, the more likely the museum tends to be willing to return stolen artwork in its possession and, conversely, the further away from Germany, the more reticent museums are to return stolen works of art.

Citing an example close to home, Mr. Kaye showed us a depiction of a 17th Century painting by French artist Charles Le Brun entitled “The Deification of Aeneas” (reproduced below), which was acquired by the Montreal Museum of Fine Arts in 1953 and, despite it having been stolen during the Holocaust, the museum does not seem to be in any rush to return it to its rightful owners.  However, Mr. Kaye did mention that the parties are “in negotiation”.

Mr. Kaye characterized the restitution of stolen art as a matter of fundamental human rights and freedoms.  The Nazi Party’s official policy was to steal as much art as it could.  Indeed, it has been said that the easiest way to destroy a culture is to steal its soul.  The Nazis understood this well.

Following World War II, the policy of the Allied Powers was to return any stolen artwork that was found, to the government of the country from which it had been looted.  However, often these governments would then took a cold and bureaucratic view towards the rightful owners and many stolen paintings instead ended up in the national collections of these countries.  In the aftermath of the Holocaust, victims and their families typically didn’t pursue their claims.  It would have been an enormous task to locate many of the paintings and, especially in that era, many only had survival on their minds.

However, in the mid- to late-1990s, the question of restitution of stolen art was re-examined and the provenance of artwork became an issue. The Cold War had just ended, resulting in classified archives behind the Iron Curtain becoming accessible.  In addition, the advent of the internet made it easier to research the location of missing paintings.

In 1998, at the Washington Conference on Holocaust-Era Assets, 44 nations, including Canada, convened to set guidelines in the fight to restore looted art to its rightful owners.  At the conference, 11 principles governing the return of looted paintings were adopted.

The first important restitution case related to a painting entitled “Portrait of Wally” (reproduced below) by Egon Schiele.  A lawsuit was brought by the family of Jewish Austrian art dealer Lea Bondi, who had been forced to flee Austria when it was annexed by Nazi Germany.  The suit claimed the painting was stolen property that had been illegally imported into the United States.  The Courts of New York did not accept the arguments of the Museum of Modern Art (MoMA) and the Leopold Museum in Vienna in their efforts to dismiss the action.  As a result, the painting was categorized as stolen property under U.S. law, thus allowing the U.S. government to confiscate it. The case took a decade to play out, with a final settlement coming only in 2010.  A sum of $19 million, representing the value of the painting, was eventually paid to Mrs. Bondi’s heirs.

The Washington Conference was followed in June 2009 by the Terezen Declaration, which emanated from the Prague Conference on Holocaust-Era Assets.  This declaration stated that a return of a stolen painting should not be denied merely on the grounds of technical defences, such as a statute of limitations.  Cases of this sort should be decided purely on their merits.

Mr. Kaye ended his talk by quoting Heinrich Himmler, Hitler’s Minister of the Interior, who said that the Nazis had to kill all the Jews “because if you don’t kill them, their grandchildren will ask for their property back”.

With this chilling reminder, Mr. Kaye drove home his message that museums and other collectors have a moral duty to verify the provenance of works of art in their collections and to return any pieces that turn out to have been stolen. Indeed, this message summarizes Mr. Kaye’s life’s work. 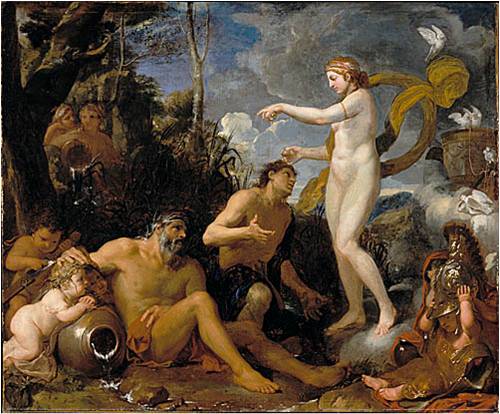 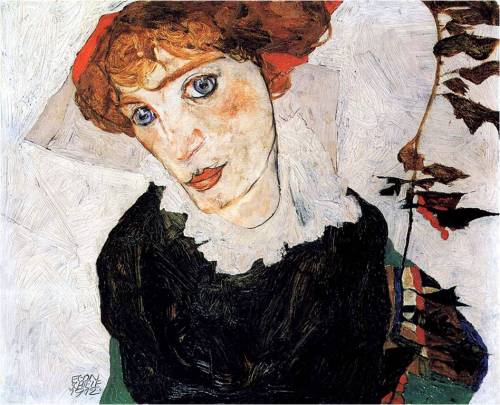 Text of the Speech of Past President Ted Goloff

Ed.‘s note: the following is the text of the speech given by Past President Ted Goloff during the Henry Steinberg Memorial lecture, as he presented the volumes Advocaten 1938 and Narrow Margins to Daniel Boyer, Head Librarian of the Law Library at the Faculty of Law of McGill University.

Our names define our place in time and space.  A name provides a memory of who we were – indeed that we ever were!  It is perhaps the most enduring legacy that we leave to generations that follow!

Ten years before our Society was founded, and very soon after the Anshluss between Nazi Germany and Austria in 1938, half the Viennese Bar and Bench, the flower of its juridical community, were struck from the roles of those who could seek and dispense justice in accordance with their calling, their only offence – being Jewish!  By application of the Nuremberg Race Laws, their names were expunged, whether as lawyers, judges, academics or indeed, in some cases, government ministers.  Some fled – many more perished in the Holocaust that soon consumed European Jewry.

Seventy years later, in 2008, following the example of the Lawyers Without Rights Project of the Federal German Bar, and to their enduring credit, the leadership of the Austrian Federal and State Bar Associations of our generation sought to restore both name and memory to those who had seen theirs’ so cruelly erased through the perversion of law in that dark time.  Advocaten 1938 is the result – a compendium of the names and basic biographies of the members of the Bar and Bench of Jewish origin of the Austria, of the time, names and memories newly restored to the roles and records of their professions.

At much the same time, the Netherlands Bar Association sought to examine and document the somewhat equivocal role of the Dutch Bar during World War II.  Narrow Margins, a critical examination of that period, done in cooperation with the Netherlands Institute for War Documentation, is the result.  While the book Narrow Margins documents instances, at the Bar and Bench in Holland, between 1940 and liberation, of both collaboration with the Nazi occupiers and passive compliance without public protest, it also documents defiance and resistance!  The book notes “Approximately 40 members of the legal profession who engaged in active resistance paid with their lives.  Of these one third were Jewish”.

That book, as well, documents the names and memory of Dutch Jewish lawyers who perished in the Holocaust, as well the names of all Dutch lawyers who died for their country during the war.

Last February 23rd, on the occasion of the Jubilee of the Israel Bar Association, first editions of both books were presented to survivors of these Austrian and Dutch lawyers and judges, by the Presidents of the Austrian Federal Bar and the Netherlands Bar respectively, at Yad Vashem in Jerusalem, before leaders of Israel’s Bar and Bench.  I was privileged to be present!

Today, a few short weeks before Yom Hashoah, we honour the memory of those Jewish jurists of the war and pre-war era as well as this generation of Austrian and Dutch jurists who sought to restore and perpetuate the memory of those colleagues of our faith whose names and places were taken from them in that dark era, by presenting these volumes to the Law Library of McGill University, lest their memory be forgotten or erased.

It was fitting that the presentation to the surviving relatives and my acceptance of this trust on behalf of the Society be done at Yad Vashem, Israel’s Holocaust Memorial, whose name and purpose is drawn from the Prophet Isaiah, Chapter 56, Verse 3: “I will give them in my house and within my walls a monument and a name.  (In Hebrew Yad Vashem).  Better than sons or daughters I will give them an everlasting name which shall not perish.”

May the names of all those jurists, and indeed all of those who were denied justice and/or fought for justice in those years, and in our own time, whose names are inscribed in these books that we present today, both living and deceased, Zichronam Livracha, be for a blessing for us all.

Mazel Tov to Society Board Member and Membership Chair Hershie Frankel on the upcoming Bar Mitzvah of his grandson.