I am so pleased that our first event was a great success and that we had a fantastic turnout to welcome François Rolland, Chief Justice of the Superior Court, on the occasion of our annual Alan B. Gold Advocacy Lecture. Mr. Justice Rolland addressed us on the topic of “Judging in a Diverse Society”. His presentation was enlightening, informative and much appreciated by all who attended.

On the occasion of our annual Henry Steinberg Lecture, being held on Thursday October 18, 2012, we are elated to welcome Lord Alexander Rufus-Isaacs who is the great-grandson of Lord Reading. Lord Rufus-Issacs will be talking to us about his great-grandfather and bringing various memorabilia with him. He will also be addressing us on his own area of expertise, entertainment litigation. This will certainly be an enriching evening and a historic one for the Society.  I am happy to report that we have received certification for CLE credits. You can download the dinner invitation here, or register online here. Special thanks to our generous sponsor for the evening, Heenan Blaikie.

I look forward to seeing all of you on October 18th.

Judging in a Diverse Society

On September 11, 2012, the Lord Reading Law Society kicked off its 65th season with the annual Alan B. Gold Advocacy Lecture, featuring a thought-provoking address by Quebec Superior Court Chief Justice François Rolland entitled “Judging in a Diverse Society”.  The audience included several prominent judges from across Canada, including the Honourable Madam Justice Andromache Karakatsanis of the Supreme Court of Canada.

The Honourable Mr. Justice Rolland was introduced by the late Chief Justice Gold’s son, Maître Marc Gold, who emphasized how much his father loved the law.

Judge Rolland began his allocution by reminding us that the mere appointment of a lawyer to the bench does not immediately make that individual a good judge. Training of judges is essential – and an important element of that training should be geared towards ensuring the judge takes into account the social context surrounding the dispute at hand.  Indeed, the National Judicial Institute has had an advisory committee on social context since the late 1980’s.

Judges must be aware of the changing social context around them. Quebec society of the 1950’s and 1960’s was a “simpler” place with less diversity, Judge Rolland recalled.  Growing up, he attended a French Catholic school where all his classmates were “like [him]”. Members of Quebec society who were not Catholic attended predominantly English Protestant schools. This group included Montreal’s Jews. Back then, there was little intermingling of linguistic groups and, when there was intermingling, a “lively debate” would often ensue – unless, of course, the discussion covered the Montreal Canadiens, in which case there was no linguistic divide!

When Mr. Justice Rolland attended law school at the Université de Montréal in the 1970’s, his class was predominantly male and francophone. In contrast, when lawyers in Quebec are sworn-in nowadays, the group is typically comprised of 60% women and in today’s diverse Quebec, no longer are the faces nearly all “pure laine”.

When he left the law firm of Martineau Walker (now Fasken Martineau) for the bench, only one of 65 partners was a woman.  This ratio has since increased in all firms, of course, but working conditions still make it tough for women to accede to law firm partnerships.

With the advent of Bill 101, the social context changed again. Further changes occurred once religion stopped being taught in schools and school boards became linguistic, as opposed to confessional. Society’s attitude toward religion has evolved.

It was only some 27 years ago that Section 15 of the Canadian Charter of Rights and Freedoms came into being, guaranteeing equality of all individuals before the law without discrimination on the basis of race, ethnic origin and so forth. This was a “real revolution” in Canada, observed Justice Rolland.  The introduction of a constitutional guarantee of equality changed the nature of cases before the courts. Lately, debates relating to “reasonable accommodation” have ensued, challenging us with the question of whether some rights are more important than others.  When debates of this sort find their way before the courts, it is essential that judges be aware of social context.

Judges are now trained to deal with witnesses of varying levels of education and cultural backgrounds. The judges’ training also teaches them how to weigh evidence – and even how to draft judgments – in light of today’s increasingly complex and diverse society.

While judges and lawyers are accustomed to being surrounded by those who are educated and well read, the fact is that 14% of Quebecers cannot read and, astoundingly, more than 40% of Quebecers are incapable of understanding a complex text. So if a witness is asked in court, “Did you read this text?” there is a greater-than-40% chance that the witness’s comprehension is not necessarily sufficient.  For a judge to be truly impartial, he or she needs to understand the full picture.

When a mentally disabled witness is asked to repeat their response by the presiding judge, the witness may take this as a sign that the judge is not satisfied with the response initially provided, when in fact the judge simply hadn’t heard the initial response clearly. The witness may then change their answer to “please” the judge, leading to their testimony being discredited. Judges need to be aware of this possibility.  Mr. Justice Rolland referenced the Donald Marshall case as an instance where this may have happened.

Judges also require special training to deal with self-represented litigants, a phenomenon that is becoming more and more common these days, with over 30% of cases in Superior Court and over 40% of cases in family court involving parties without counsel.

Judges must ensure “equality before the law” by understanding the differences in background of those before them. While all of us – including judges – have personal biases and may subscribe to various stereotypes, a judge must learn to be conscious of these prejudices and to put them aside.  Only once the judge accomplishes this, will that judge be a “real judge”.

Chief Justice Rolland concluded his talk in a philosophical tone by citing noted French political thinker Alexis de Tocqueville, who was of the view that equality reveals ideas that would otherwise have been overlooked.

On that note, Chief Justice Rolland wished us all a Shana Tova.

Don’t forget to send us any information on jobs and assignments (paid and unpaid) so we can continue to help students, stagiares and young lawyers who ask us for assistance.

I am pleased to announce that the 4th annual “Trial Practice Do’s and Don’ts: Hot Tips from the Experts” CLE  Conference of the English –Speaking Section of the Montreal Bar will take place on Wednesday, November 7th , 2012 from 4:00 – 6:00 pm in Room 5.15 of the Montreal Court House (Salle Jules- Deschênes).

In the 4 years since its inception, the Section`s “Do`s and Don`ts” Conference has come to be recognized for its excellence  and is widely regarded as one of the best CLE programmes offered annually.

The general theme of our “Do’s and Don’ts” Conference this year will be “Evidence” and will feature 4 distinguished jurists: the Honourable Patrick Healy, j.c.q.,  who will deal with “ objections” – why, when and how to raise them; Me Giuseppe Battista, who will speak on how to set up a good faith basis for cross-examination following the Supreme Court’s decision in R. v. Little; Me Pascale Vallant, who will  deal with the “child witness” in family law litigation; and Me Martine L. Tremblay, who will deal with the use and admissibility of surveillance evidence in civil / commercial litigation. Me Greg Moore, a member of the English-Speaking Section and Treasurer of the Montreal Bar, will be moderating our Conference.

A cocktail sponsored by the Bar of Montreal will follow the programme.

Please check the Barreau de Montréal website at: www.barreaudemontreal.qc.ca for online registration, which should be open next week.

Please register early and encourage your partners and associates to do likewise, as we expect another over-flow attendance.

I look forward to seeing you all on November 7th.

In advance of the October 18th visit from Lord Reading’s great-grandson, Lord Alexander Rufus-Isaacs, we thought it would be interesting to list some of Lord Reading’s accomplishments:

Learn more from his full bio on Wikipedia. 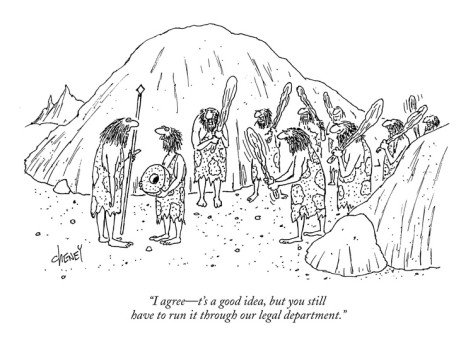