Summer, summer, here we come. Well, perhaps not exactly, but at least we have our annual Young Bar Cocktail to look forward to!  It will be held on a (hopefully) sunny outdoor terrasse on June 9th.  That event will be organized by Marissa Lydynia & Andrew Kliger.

But way before that culmination of our season, we can look forward to several grand events, beginning with our March 17th dinner, when once again, one of the “Supremes” will honour us with their presence: This time it will be the former Bâtonnier of the Barreau de Montréal, Mr. Justice Richard Wagner, making his first visit to Lord Reading. The links to register and pay online can be found to the left of this message on this page. Don’t forget that the early-bird discount expires on March 13, 2016.

On April 6th, we will host another prominent orator, the Dean of the Law Faculty at McGill University, Professor Daniel Jutras, who will surely enlighten the Society with his words of wisdom. His talk is entitled “You too can be a senator! Canada’s new process for Senate appointments”. Professor Jutras is uniquely qualified to speak on this topic, as he was recently named a federal member of the Independent Advisory Board for Senate Appointments by the Honourable Maryam Monsef, Minister of Democratic Institutions.

Then, following the Passover break, on May 25th, we have a most special treat in store. Our Annual Human Rights Dinner will feature a tribute to one of the most esteemed jurists in Canada, a cherished member of the mishpacha, the Honourable Irwin Cotler. The organization of the evening is in the able hands of two of our Past Presidents, Casper Bloom and Ted Goloff, and, of course, their committee.  The night promises to be a smashing success. Confirmed speakers include Harvard Law Professor Alan Dershowitz, Canadian Supreme Court Justice Rosalie Abella and Quebec Court of Appeals Justice Nicholas Kasirer.

I look forward to seeing you on March 17th.

The Evolution of Television and Broadcasting Law in the Internet Age

On January 28th, the Lord Reading Law Society held the 2016 edition of its annual Student Dinner. Many new and future lawyers were in attendance, demonstrating that a new generation is poised to become active in the Society.

Our topic for the evening was “The Evolution of the Law of Television and Broadcasting in the Internet Age”, which was covered with authority and humour by Blakes partner and McGill Law Faculty lecturer Sunny Handa.

Me Handa was introduced with aplomb  by Society Communications Director Allen Mendelsohn, who described Me Handa as a “giant in his field”, while stating that he “owes his career” to Me Handa (Sunny supervised Allen’s Masters’ thesis).

Telecom law deals with one-to-one communications, such as telephony and the transfer of data.

Broadcasting refers to one-to-many communication, including television and radio, and is regulated principally by the Broadcasting Act. The Copyright Act, the Competition Act and even the Criminal Code also touch on broadcasting.

Broadcasting is overseen by two regulatory agencies: the Canadian Radio-television and Telecommunications Commission (CRTC) and Industry Canada. In Canada, one needs a license to be a broadcaster. There is a public hearing before the CRTC and there are Canadian ownership and control requirements. A percentage of revenues must be contributed to a Canadian production fund. There are also Canadian-content rules, “which explains all the Nova Scotia fiddlers on prime time TV”, as our guest speaker put it!

Technically, foreign networks, such as CNN, are not supposed to broadcast north of the border. However, they are able to fall within a “gap-filler” loophole, which dictates that when Canadians are not being offered similar content, a foreign broadcaster may “fill the gap”. Other foreign broadcasters, such as MTV and HBO, license their name and “look” to Canadian broadcasters that broadcast similar shows, but with the requisite amount of Canadian content thrown into the mix (eg MTV Canada, HBO Canada).

Because most Canadians live near the US border, we long ago grew accustomed to picking up US TV signals on our set-top antennae. Eventually, our cable companies captured those same signals and sold them to us. American broadcasters were not compensated for this appropriation of their intellectual property, which made them unhappy. Finally, when the US-Canada Free Trade Agreement was negotiated in the late 1980’s, this problem was addressed. Now, Canadian cable companies pay a tariff into a fund from which US copyright holders are compensated for the American TV shows we watch north of the border.

Of course, as with all technology, something new and “shinier” came along. Now many of us consume our US television via the web-based Netflix and similar on-demand Internet video streaming services. Fortunately for Netflix, they benefit from a temporary 1999 CRTC decision, which has since been renewed several times, that exempts Internet content from the regulator’s purview.

Because the current under-30 generation is less likely to subscribe to cable, we could see the CRTC becoming less and less relevant over time, as the application of this so-called “new media exemption” (dating from 17 years ago!) finds wider application.

An interesting effect of the trend toward consuming programs “on demand” is that ratings for regular broadcast television are dropping, with no end in sight. However, the one type of content that cannot be consumed “on demand” – whenever one feels like it – is live sports. If you don’t watch the game while it is being played, you’ll soon learn the result and will be unlikely to want to watch a replay. Thus, while the consumption of regular broadcast TV has been dropping, the value of live sports programming is rising, with the best illustration being Rogers’ recent purchase of 12 years of broadcast rights to all NHL games, including the Stanley Cup Playoffs, for a whopping $5.2 billion.

Hopefully another trend that will result from reduced consumption of broadcast television will be increased attendance at live community events, such as Lord Reading Law Society dinners! And if our informative, entertaining and well-attended Student Dinner was any indication, this trend bodes well for the Society’s future!

*****
Prior to Me Handa’s speech, LRLS president Steven Slimovitch presented the Society’s academic student prizes to deserving winners from several law faculties, as described in the next story in this newsletter. 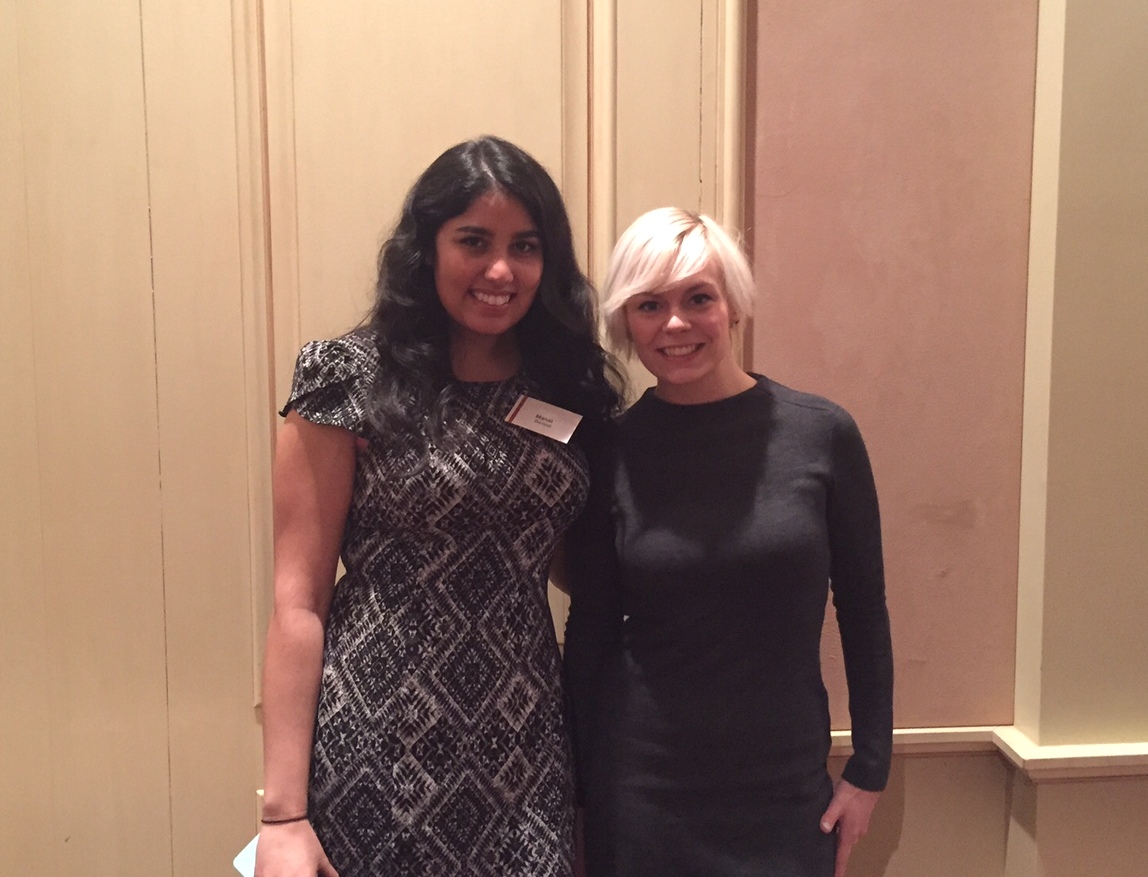 On the occasion of our Annual Student Dinner, the Society was delighted to present its student prizes to deserving students from several of Quebec’s leading law faculties. The students are awarded cash prizes for outstanding academic performance.  Manal Bensafi of the Université de Sherbrooke won for the highest standing in the Legal English courses offered at that law faculty, while Lex Gill of McGill took home her prize for the highest standing overall in first year law.

Sébastian Fernandez of Université de Montréal was unable to attend the evening, but soon thereafter was sent his prize for highest standing in Constitutional Law.

The Society congratulates the deserving winners, and wishes them all the best in their future legal careers.

The Society has a wonderful schedule of events for the remainder of the season and beyond, and you should mark these dates in your calendar!

April 6 – a dinner-meeting featuring Dean Daniel Jutras of McGill’s Faculty of Law, whose talk is entitled “You too can be a senator! Canada’s new process for Senate appointments”. Dean Jutras will provide unique insight into Canada’s new Senate appointment process, with comparisons to other formal governmental nomination processes, including appointments to the Supreme Court of Canada and the U.S. Supreme Court. Professor Daniel Jutras is Dean of Law and Full Professor in the Faculty of Law at McGill, where he holds the Wainwright Chair in Civil Law. In January 2016, Dean Jutras was named a federal member of the Independent Advisory Board for Senate Appointments.

June 9 – the Society’s annual Young Bar Cocktail, always a favourite Lord Reading event for both the young and young at heart.

September 14 – An Evening with The Honourable Justice Michael J. Moldaver of the Supreme Court of Canada to be moderated by Professor Adam Dodek of the University of Ottawa Faculty of Law.

Please note that the Annual General Meeting of the English-Speaking Section of the Bar of Montreal will be held on Tuesday, March 22nd, 2016 at 4:30 pm at the Saint-James Club, 1145 Union Avenue, Montreal. At the meeting, we will be nominating three (3) members to fill the positions of Councillor, Treasurer and First Councillor on the Montreal Bar Council for 2016-2017.

As you may know, in 2013, the English-Speaking Section established its “Lifetime Achievement Award” to be presented from time to time to a worthy recipient who, throughout their career, has demonstrated excellence in the profession, outstanding leadership in and service to the legal profession and has contributed to the enhancement of the image of the profession. I am honoured to announce that the recipient of the Section’s Lifetime Achievement Award this year is one of our Bar’s most distinguished members, Me Casper M. Bloom, Q.C., Ad.E. The English-Speaking Section will be honouring Me Bloom with our Lifetime Achievement Award at the meeting on March 22nd. The business part of the meeting will take place between 4:30 – 5:15 pm, to be followed by the Award presentation at about 5:30 pm.

The English-Speaking Section of the Bar of Montreal has continued to make great strides this past year in increasing its profile/visibility and activities. Please support your Section and make every effort to attend on March 22nd, which promises to be a memorable occasion both for our Section and for the Montreal Bar.

I look forward to greeting you at that time.

The Society Mourns the Loss of a Past President

The Lord Reading Law Society offers its sincere condolences to the family of Leo Rosentzveig, Q.C., who passed away peacefully in his 96th year. Leo served as President of the Society during the 1974-75 season.

In the early 1950’s, Leo, along with Society Past President Manny Shacter and Samuel “Bosty” Mendelsohn, founded the law firm that shared their name, and which lives on today as McMillan LLP.

Leo was a leader by example, a mentor to many, an indefatigable defender of his clients’ interests and a respected adversary. He will be remembered fondly by all who knew and worked with him, and by all of us at Lord Reading, where he served so graciously. 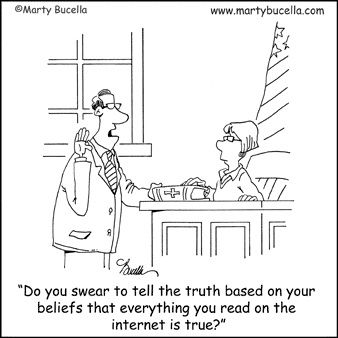