It has been my pleasure to serve the Society during the 2011-2012 season and I thank you for the privilege. During my term, we had the honour and privilege of being addressed by the following speakers:

Mr. Justice Allan R. Hilton of the Québec Court of Appeal whose presentation was entitled “Language Rights of Accused in Canada”.

The Associate Dean, Graduate Studies of McGill University, Professor Rosalie Jukier. Her topic was: “Backstage at the Palace: Analyzing Judicial Methodology in Mixed Legal Systems and Why Judges Do What They Do”.

Me Pierre Bienvenu, Ad. E. of Norton Rose Canada LLP. Me Bienvenu discussed the Lola case and its potential impact on common law spouses in Quebec.

On June 14, 2012 we have the exceptional honour of welcoming The Chief Justice of Québec, The Honourable Nicole Duval Hesler. Justice Hesler’s topic will be “What You Don’t Know About The Court Of Appeal And Where It Is Going.”

We shall continue our policy of providing a discount for early registrations. We encourage you all to reserve your place before midnight, June 4, 2012 to benefit from the discount.

The evening has been accredited for CLE with the Barreau and the Chambre des Notaires. CLE credits are only available for paid-up members. The dinner invitation and membership application are available through our website, and we encourage you to pay and reserve online.

Many thanks to our generous sponsor Borden Ladner Gervais.

Throughout my term, I have tried to create an environment where we could not only educate ourselves intellectually, but also get to know each other on a more informal and personal level. Since we celebrated the 70th anniversary of the admission of the first woman to the Bar of Québec during my mandate, I felt it was incumbent upon me to promote the accomplishments of both our confrères and our consoeurs by ensuring we had an equal number of both male and female presenters.

Through the hard work and dedication of your Board Members, our Annual Students Dinner attracted more than 50 law students and stagiaires.

I feel our Society is on track to foster not only continued growth, but growing appreciation within the legal community.

I encourage you all to join us on June 14, 2012 for what promises to be a memorable evening and to show your support for your new Executive.

Review of the Annual Students Dinner

On April 19, the Society was pleased to welcome Me Pierre Bienvenu on the occasion of the Annual Students Dinner. Me Bienvenu’s talk, The Lola Case and its Potential Impact on Common Law Spouses in Quebec, was highly anticipated.

The evening began with Society Past President Manny Shacter engaging the huge crowd of students and stagiaires with the history of the Society, and the great strides the Jewish legal community has made thanks in part to the Society’s efforts over the years. This was a very nice way for the future of the Society to be made aware of its past.

President Robin Schiller and First Vice-President Mara Greenstone then presented the Lord Reading Student Prizes. We congratulate all the winners and wish them all the best for their future:

Casper Bloom took to the podium to introduce the evening’s speaker. He described Me Bienvenu as the “consummate litigator” whose accomplishments have been universally recognized. He had considerable praise for Me Bienvenu, calling him a “true luminary” and a “model of the profession”.

Me Bienvenu began with commenting on how excited he was to speak at the Society, especially on the occasion of the Students Dinner. While he stated he would not comment on the arguments of the Lola case in front of the Supreme Court, he would outline some of the constitutional issues and their potential impact. Me Bienvenu was brought on to the case for his constitutional expertise.

Me Bienvenu described the rise of de facto spouses in Quebec, saying that we had “out-Swedened Sweden.” The main constitutional principle at play in the case was whether excluding unmarried couples from support payments violated section 15 of the Charter, and whether such exclusion was justified under section 1.

What was very interesting were the judges’ individual interests in the case which were apparent at the January hearing. One Justice was interested in the concept of the choice the de facto spouses made not to be married. Both Justices LeBel and Fish were very interested in the remedies available if the Charter was violated.

Me Beinvenu also highlighted two very important points for lawyers that came from his experiences with the case. The first is the use of expert witnesses, regarding legislative history and comparative law. The second is the power of the media, especially in family law cases; he was bombarded with interview requests in connection with the case.

After concluding with a wonderful quote from Aldous Huxley about the nature and importance of love, Me Bienvenu was thanked by Society Communications Director Allen Mendelsohn.

As part of its ongoing efforts to engage future members of the Society, we have planned an exciting new initiative, a law student essay competition. The winner will be acknowledged at next year’s Student Dinner. We are looking for volunteers from the membership to help judge the competition. If you are interested, please email us at info@lordreading.org. 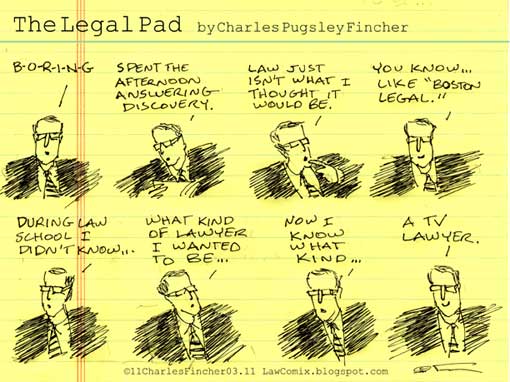