Let’s face it – we all have attended events or functions more out of a sense of duty than enthusiasm.  This was my mind set when I recently received an invitation to attend the swearing-in of the Honourable Mr. Justice Guy Gagnon of the Court of Appeal as President of the Lord Reading Law Society.

Let me quickly point out that this initial sentiment was prompted only by the fact that the swearing-in ceremony was to take place in Quebec City, as otherwise I was pleased and delighted to receive this invitation from Justice Gagnon, who is a frequent attendee at our meetings.

However, my experience at this ceremony, (at which the Honourable Mr. Justice Jean Bouchard was sworn in as well),  was a great reward for my trip to the provincial capital.  Justice Gagnon extended a warm welcome to me, and thanked me for taking the “trouble” to attend his swearing-in ceremony.  I said to him “Now that you are going to be based in Quebec City, I hope that we will still get to see you at some of our meetings”.  His reply was “Please do not stop inviting me, and I will make every effort to attend.”

It was also most gratifying to chat with Mr. Justice Joseph R. Nuss (who will be retiring from the Court on November 30th, 2009) and his wife Marisa, who warmly recounted their memories of our first program this year in honour of Justice Nuss.  These precious encounters turned, what started out as a duty, into a distinct pleasure!

Please make every effort to attend our upcoming programs, starting first with December 3rd, 2009, at which our guest speaker is Esther Mujawayo–Keiner, Human Rights Activist and Rwandan Genocide Survivor, who will address us on the topic of “Can there be justice after genocide?” and yes, we have received CLE Certification for this program.  Also, please reserve the dates for the following meetings: Thursday, February 4th, 2010, for the Students’ Lecture.  Our speakers are Cari Davine and Dean Chenoy, who will address us on a topic in the field of entertainment law.  Also the Henry Steinberg Memorial Lecture is set for Thursday, March 25th, 2010; we will be addressed by a most distinguished speaker, namely Dr. Adrienne Asch, Director of the Center for Ethics at Yeshiva University, who inter alia teaches a course in Professional Ethics at Yeshiva University’s Cardozo Law School.  Her topic is in the process of being developed.

I think it is fair to say that the Executive and Directors of the L.R.L.S. are presenting a stimulating and thought provoking series of lectures; we call upon you, our Members, to support these efforts by attending our meetings in strong numbers.

Are billable hours going the way of the dodo?
What do in-house counsel really want when they hire outside lawyers?

Legal services represent a $40 billion industry in Canada, yet lawyers have often had difficulty attuning themselves to modern business principles.

Our recent guest speaker, Richard Stock of Catalyst Consulting, has spent the past 16 years as a business consultant to lawyers.  During that time, he has succeeded in influencing law firms to take a more business-like approach to managing their operations.  For the past several years, his principle focus has been on advising those who retain lawyers, namely the general counsel of corporate and institutional clients.

Instead of filling his presentation with advice, Mr. Stock shared with us his observations of current trends in the legal services industry.  He began by describing the composition of typical in-house legal teams:  More than half are comprised of only one or two lawyers, generally with at least five years of experience.  This higher starting level of experience is necessitated by the fact that in-house counsel are immediately thrown into the “deep end.”  The pace of work at in-house legal departments is “relentless,” said Mr. Stock.  In-house lawyers have no marketing responsibilities or billing responsibilities; they simply do legal work, though they also oversee how much of that work is farmed-out to external counsel.

Nowadays, cost-cutting pressures are being directed against in-house legal departments.  It is not uncommon for a CEO to order their general counsel to reduce legal costs by 10 or 20 percent.

A countervailing trend is the constant increase in the hourly rates of law firms.  From the point of view of in-house counsel, they are buying the same services each year and so it is natural for them to ask why the cost relative to the previous year is increasing by more than the rate of inflation.  As a result, Mr. Stock has observed a nascent trend for law firms to “get off the clock” and share some of the risks with clients in order to reduce overall legal costs.  Some law firms are adopting a profitability-based model, rather than the traditional hourly rate (with volume discount) model.

Who does the work?

We have seen an erosion of leverage in law firms in recent years.  What used to be a four-to-one associate-to-partner ratio fell to two-to-one ratio around 1990 and now is less than one-to-one (based on hours billed).  This means that the “old guys” (the partners, that is) are now doing most of the work, despite the fact that a more efficient practice would be to “push the work down” to less costly human resources when a lower level of skill is required for the task at hand.  However, law firms often lack proper teams and therefore have difficulty providing cost-effective arrangements for clients.  Reasons for this failing include personal preferences of the partners and the compensation systems in place in law firms.  These sorts of inefficiencies can end up costing clients 20 percent more than they should otherwise be paying, according to Mr. Stock.

Use of project management and budgeting skills

Mr. Stock cited the example of one progressive international law firm that devotes significance space on its website to a section entitled “How we work with you”, explaining the possibility of alternate billing arrangements. Major international law firms now have specialists who determine pricing of mandates.  For example, Linklaters, with over 900 partners, has a “global pricing officer.”

Mr. Stock also cited a major institutional buyer of legal services that requires its outside counsel to produce a budget, prior to undertaking any mandate that would involve more than 50 billable hours.
Canadian buyers of legal services see the sort of certainty and predictability in legal fees offered by some international legal service providers (and increasingly demanded by major buyers of legal services) and are starting to expect the same arrangements to be offered to them by Canadian law firms.

Mr. Stock challenged the private-practice lawyers in the audience to quote a price, rather than an hourly rate, when approached to fulfill a prospective mandate and to then offer the prospective client an arrangement by which the client would agree to an overall price and agree to pay an equivalent percentage of that overall price each month during the life of the mandate.

In Mr. Stock’s opinion, if a law firm is receptive to the possibility of offering alternative billing arrangements, that flexibility would be a selling point among general counsel, who appreciate the certainty associated with capped fees.

Mr. Stock concluded his presentation by warning us that these trends are coming to Canada.  He half-jokingly suggested that those who do not wish to deal with new paradigms for determining legal fees may wish to retire soon.

In a brief question and answer session following Mr. Stock’s principal remarks, former Society president Ian Solloway asked Mr. Stock for his take on “value billing” as opposed to “time billing.”  In response, Mr. Stock first pointed out that, although the changes he described in his talk are on the horizon, for the time being, surveys have shown that 93% of legal fees are still based on time spent on a file, rather than value of service delivered.

In the old days, “value billing” simply meant marking up the time.  However, buyers of legal services have now gained increased leverage, so it has become more difficult to mark-up bills.  However, if a law firm can provide certainty as to legal costs, they may ultimately be able to bill more by assuming a certain portion of the client’s risk and employing modern project management skills to fulfilling client mandates.  This is a trend to watch for in the future – and thanks to Richard Stock’s presentation to the Lord Reading Law Society, our members are now better equipped to adapt their practices in changing times.  À suivre…

Email from across the pond

The Society recently received the following email, which we thought would be of interest to our members:

We have recently become aware of the Lord Reading Law Society, and thought that you might be interested in forming a link with the School of Law at the University of Reading as we have as our base Foxhill House –  the former home of Lord Reading.  I attach some notes about the building*.  We have on display a copy of the unfinished National Portrait Gallery portrait of Lord Reading and a charming photograph of Lord Reading and some of his family taken in Foxhill.

The School of Law was established in 1973 and in the recent research assessment exercise was joint 11th out of 67 law schools in the UK.  We admit about 170 law undergraduates each year to Reading and a further 70 to our link university in Kuala Lumpur (the students come to Reading for year 3).  Our strengths include expertise in EU law, international law, legal theory, human rights law, law and religion, environmental law, IP and criminology.  We have a growing postgraduate community of some 50 students.

I would be happy to answer any questions you might have about the School or Foxhill.  We would of course be delighted to welcome to Foxhill any member of the society who is visiting the UK.

I look forward to hearing from you.

“Trial Do’s and Don’ts: Hot Tips From The Experts” – Report from CLE at the Montreal English Bar

The English-Speaking Section of the Montreal Bar held its first ever continuing legal education programme on November 10th.  The panel presentation brought together three senior trial lawyers and a judge of the Superior Court who offered advice on what to do (and not to do) in order to impress the Court.

The event was held under the auspices of the Montreal Bar and the Centre d’accès à l’information juridique (CAIJ) before a sold-out audience in the Salle Jules-Deschênes at the Montreal Courthouse.  Over 450 people signed up, forcing the organizers to stop accepting registrations only two weeks after the event was officially announced by the Bâtonnier, Mtre Nicolas Plourde.

Ian Solloway was the driving force behind the organization of this event and acted as moderator.

Lynne Kassie spoke about interim and safeguard orders in the family law context.

Max Bernard advocated for “seducing” rather than “bluffing” the Court.

Simon Potter discussed the appropriate use of expert witnesses in an era of judicial scepticism.

Mr. Justice Robert Mongeon underlined the importance of a lawyer’s credibility and reviewed the fundamental changes introduced to the Code of Civil Procedure by articles 54.1-54.6.

An insightful question and answer period followed the presentations.

The speakers’ written materials are available on the website of the Barreau de Montréal.

This programme was a huge success, both in terms of the number of participants and the very high quality of the presentations.  The organizers were thrilled by the continued, exemplary contributions of English-speaking members of the Bar and will soon begin work on next year’s event. 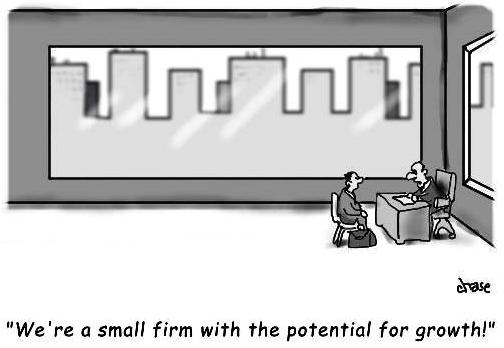 To Jean-Philippe Mathieu from the Université de Montréal for winning the Lord Reading Society’s prize for excellence in Constitutional Law.