As you know, on November 10th, we will be welcoming Canada’s Privacy Commissioner, Jennifer Stoddart, as our guest speaker on the topic of “Enforcing Privacy in the Online World.”  The impact that the electronic world and online social networks are having on the way people communicate and the way personal information is gathered and used has been phenomenal.  Many of you are likely aware of the recent high profile matters that the Privacy Commissioner has been involved in, including with respect to the giants of the online world such as Google and Facebook.  The evening with the Privacy Commissioner is incredibly timely and promises to be highly informative and entertaining. The Commissioner has advised us that she is pleased to accept questions, so please come prepared. I am happy to report that we have obtained CLE accreditation (for paid up members) for the event. I would also like to thank our generous sponsor for the evening, Robinson Sheppard Shapiro.

Our remaining programs for the year have been filled and we have a tremendous line up of speakers and topics planned.  Please mark the following dates in your calendars:

– May 5, 2011: Mr. Justice Thomas Cromwell, Supreme Court of Canada [topic to be determined]

I want to sincerely thank you for your continued support of the Lord Reading Law Society and I look forward to seeing everyone on November 10th.

Review of the Alan B. Gold Advocacy Lecture: “Querulous and Abusive Litigants, Past and Present”

For our opening event of the 2010-2011 season – and our first-ever dinner at the Saint-James Club – the Society had the privilege of welcoming as its guest speaker Quebec Court of Appeal Justice Yves-Marie Morissette, whose talk was entitled “Querulous and Abusive Litigants, Past and Present”.

A querulous – or vexatious – litigation is a legal action that is brought, regardless of its merits, solely to harass or subdue an adversary.

Mr. Justice Morissette, a former dean of the McGill Faculty of Law, began his talk by describing the characteristics of a querulous litigant.  He then discussed what can be done about such litigants and their vexatious proceedings, without interfering with the right of access to justice.

What is a Querulous Litigant?

Vexatious litigants are often characterized by paranoia and delirium.  They are more likely to be male and between the ages of 40 and 60. On the surface, a querulous litigant may appear rational, but when one looks at the arguments he puts forth, these often turn out to be incongruous.

Vexatious litigants are more likely to represent themselves in court.  They won’t settle a lawsuit.  If one lawsuit fails, they will simply reiterate the same complaint in a different manner in another proceeding.  There is often a multiplication of vexatious proceedings before the courts and at the Bar.

Their arguments are often very legalistic and imaginative, yet absurd.  Their written submissions are characterized by their length and inscrutability, and often employ faulty terminology and syntax.  They are inclined to use bold typeface and highlighting and to attach multiple appendixes.

The pleadings of a vexatious litigant are typically characterized by a marked desire for vindication.  A study cited by Mr. Justice Morissette indicates that 24% of vexatious litigants demand a public apology, 14% demand severe retribution, 31% alter the nature of their claim while it was being investigated and 52% make threats against the investigating agent. Often, the only way that querulous litigants are stopped is when they go bankrupt and can no longer fund their multiple legal actions.

What to do about Querulous Litigants

Once a litigant has been recognized and diagnosed as being querulous, what can be done to stop them, without removing their rights as a citizen to be able to access the justice system?

In Quebec, the courts may declare an individual to be querulous.  According to Mr. Justice Morissette, seven attorneys in Quebec have been declared querulous litigants and have been disbarred.  Quebec courts may also render special orders for costs against a querulous litigant, thereby bringing him one step closer to bankruptcy, which would generally prevent him from launching further actions.

The Quebec Code of Civil Procedure also provides, at article 54.1, for the dismissal of an action, or other pleading, that is clearly unfounded or frivolous, or where the party instituting the proceeding exhibits conduct that is vexatious or quarrelsome.  The Court is also empowered to impose a sanction on the party in question in such circumstances.

A court in Quebec may eschew its exercise of jurisdiction.  For example, there was one case where obscenities were used in the plaintiff’s written pleadings (Mr. Justice Morissette certainly got our attention by reading some of the more obscene parts of this pleading aloud); therefore, the Court refused to exercise its jurisdiction in that case.

In the U.K., a Court is empowered to make what is called an “Ebert Order”, whereby a vexatious litigant is forbidden by a High Court Judge from issuing civil proceedings in any court in England and Wales without permission.  The litigant may even be barred from having physical access to the courts. Moreover, the names of vexatious litigants in the UK are published on the Internet.

One theory that has been put forth is that querulousness is a personality disorder, as opposed to a legal problem.  Instead of taking psychiatric drugs or visiting a psychiatrist, the querulous litigant decides to use the justice system for therapy.  The solution is therefore to move the problem outside of the legal system, while being sure not to threaten access to justice. For instance, in the U.K., there is a financial ombudsman’s service where litigants can file their complaints.  These complaints are dealt with by an interdisciplinary team comprised of lawyers and psychologists.

Society must value wider access to justice.  However, in doing so, it widens the justice system’s vulnerability to querulous litigants.  This is a problem that will continue.  However, as Mr. Justice Morissette demonstrated in his captivating presentation, the courts and legislators are developing a framework to deal with, and contain, vexatious litigants.

On November 2nd, Frank Schlesinger and Alyssa Yufe appeared before the Consultation Committee of the Québec National Assembly with respect to Bill 94. We invite you to read the Society’s press release on the matter and coverage in The Montreal Gazette.

Renaissance of the English Speaking Section of the Bar of Montreal, In Part Thanks to Lord Reading

Recently, the Barreau de Montréal sent out an infolettre entitled Renaissance de l’English Speaking Section of the Bar of Montreal. In the mailing, the Barreau praised the work of Society Past President Ian Solloway and his efforts to change the image of the ESS, and focused on his launch of the very successful continuing education event (see next story in this newsletter). As another Society Past President, Irwin Rudick, remarked, “note how many of our LRLS past presidents have been instrumental in reviving the English Speaking Section of the Bar of Montreal.” Noted!

The English Speaking Section of the Bar of Montréal will be presenting its second annual conference on “Trial Practice Do’s and Don’ts, Hot Tips from the Experts” on Thursday, November 11, 2010 from 4:00pm -6:00pm in room 5.15 (Salle Jules Deschenes) of the Court House.

The programme will feature a distinguished panel of three senior trial lawyers, Maitres. George Hendy, William Brock and Suzanne Pringle, and the Honourable Justice Joel Silcoff of the Quebec Superior Court, each of whom will offer two trial practice tips (1 “do” and 1 “don’t”), which may enhance or detract, as the case may be, from the trial lawyer’s effectiveness.  Me Ian M. Solloway, Chair of the English Speaking Section of Bar of Montreal and a Past-President of the Society will again moderate the conference, which has been approved for CLE accreditation (2 hours). Registration will be available in the coming weeks via the website of the Bar of Montréal. 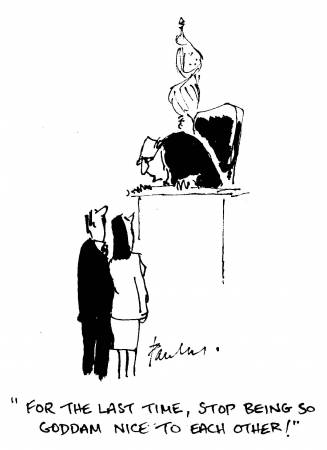