We look forward to our second lecture of the season which will take place on Wednesday, November 5th, 2014 which will cover a very complex and sensitive topic.  We are fortunate to have a panel of distinguished speakers who will approach the subject from perspectives of Canadian law, Jewish law and public health policy. Me Gordon Kugler, Rabbi Sydney Shoham and Professor Daniel Weinstock will address Bill C-52 – An Act respecting end-of-life care.  I encourage you to take part in this interesting evening and invite your colleagues. You can register and pay online or download the dinner invitation to pay by cheque.

The Lord Reading Law Society prides itself in being an active member of the Montreal Legal community. In this regard I want to bring to your attention an opportunity to participate in  a community wide legal education program. Educaloi is seeking volunteer legal professionals. It has received a grant that permits it to provide legal education and information in English. They are looking for volunteers to give conferences and help with the program. The person who is responsible for the project is Frédérique Tessier (frederique@educaloi.qc.ca). It is important that we help make this project a success. If you have questions please contact her or Sarah Dougherty (sarah@educaloi.qc.ca). It is also possible to sign up online.

We appreciate your continued support and participation. As members of the Montreal Legal community I encourage you not only to become involved and attend our meetings but also to assist with community wide initiatives. I look forward to seeing you at our dinner-meeting on November 5, 2014.

On September 23, 2014, on the occasion of our annual Alan B. Gold Advocacy Lecture, the Lord Reading Law Society had the pleasure of welcoming the Honourable Mr. Justice Nicholas Kasirer of the Quebec Court of Appeal for an eloquent discourse entitled “That Montreal Sound: The Unique Character of Civil Law Parlance in Quebec”.

Indeed, as our guest speaker related, the late Judge Gold, chief justice of the Quebec Superior Court from 1983 to 1992 and a former lecturer at the faculties of law of both the Université de Montreal and McGill University, was the perfect exemplar of the “Montreal Sound”, a mélange of Canada’s two official languages.

Dean of law at McGill from 2003 to 2009 and former law professor to many in the audience (including this author), Mr. Justice Kasirer inspired the pride of all Montrealers in the room by evoking another of many “only-in-Montreal” characteristics that make this a great – and distinguished – city: the unique vocabulary used by our local jurists.

Montreal “legalese” is different than the “dualist” approach taken by jurists in, say, the federal government in Ottawa, who tend more toward mere translation of legal texts. In contrast, the “Montreal sound” is a “co-lingual” one, where the French and English versions of a legislative text are treated as essentially a single text that derives its meaning from the “encounter” between the two linguistic versions. The two texts “speak with one voice,” said Mr. Justice Kasirer.  The result is a “polyphonic chorus singing from the same juridical hymn book.”

Only in Montreal’s legal community would one hear judges and lawyers speak of “aleatory contracts” , “alienation of patrimonial rights “, “reconduction of a lease”, “mitoyenneté” or “hypothecs”. These English-language expressions are not recognizable to a lawyer at the other end of Highway 401.

Mr. Justice Kasirer cited as an example article 1378 of the Civil Code of Quebec, on the “nature of a contract”, which reads:

While a pure translation of “accord de volonté” would read “meeting of the minds”, which is the corresponding common law term, the Quebec legislator chose instead to employ the expression “agreement of wills”. According to Mr. Justice Kasirer, when one reads the English wording, one can hear the French words “accord de volonté” “shouting across” the English.

This is not all that different from non-juridical Montreal English, where we shop in “dépanneurs” and ride the “metro”.

Not only is the English version of the law in Quebec heavily influenced by the French, but the meeting of the Civilian tradition with the common law tradition has also had an effect on our local legal expressions.

Turns out it’s not only our smoked meat and bagels that make Montreal stand out from the rest of the world!

Please note that judges, first year lawyers and notaries, and lawyers and notaries who have practiced for 50+ years are exempt from paying membership dues; however we ask those of you in these categories to sign up for your membership nonetheless. This is so that we have your coordinates, and also that you will be in a position to benefit from the reduced members’ fees for dinner-meetings

If you are a law student, please contact the Society for special instructions.

Please note that the 6th Annual CLE of the English-Speaking Section of the Bar of Montreal, Trial Practice Do’s & Don’ts: Hot Tips from the Experts, will take place on Thursday, November 6th, 2014  from 4:00 pm – 6:00pm. in Salle 5.15 (Salle Jules Deschênes) of the Montreal Courthouse.

This year’s conference is entitled “Controlling the Difficult Witness: Don’t Let Go of the Leash”. The conference will be moderated by Society Board member Robert Pancer and includes many distinguished speakers. Full details and registration information can be found at the Barreau de Montréal website. 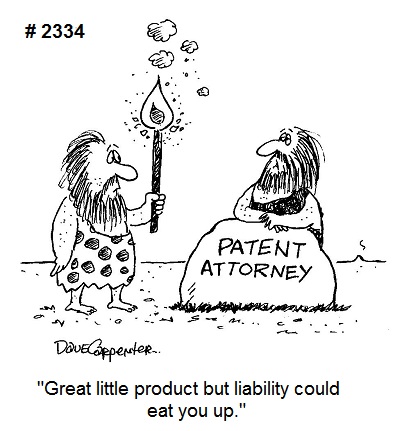