In each edition of this Newsletter, the President of the Lord Reading Law Society is asked to submit an article entitled « President’s Message ».  This article will, in part, deal with the subject of the Newsletter itself.

At the last meeting of the Executive and Directors of the LRLS held on February 4th, 2010, one of the members of the Board made a comment, the gist of which was that he would like to see “more” done with the Newsletter.  It is a fact that our Communications Chair, Allen Mendelsohn, continually solicits contributions to the Newsletter.  I would like to supplement this effort by calling upon you, our members, to make a more focused and conscientious contribution in this regard.  For example, if you encounter one or more of the following:

– A newsworthy item or matter of interest to the LRLS;
– Something in the area of legal humour (an oxymoron?); or
– A judgment from one of our Courts which may be of interest to our members or a comment thereon;

On another note, I am most pleased indeed to announce the revival of the Lord Reading Law Society Seminar, which at one time, was held on a regular annual basis, but which has not taken place during the last few years.

Thanks to the efforts of the LRLS Recording Secretary, Jonathan Gordon, and our Second Vice-President, Robin Schiller, the Seminar will be held on Wednesday, April 14th, 2010 from 4:30 P.M. to 6:30 P.M. at the Montefiore Club.  The Seminar will be given by the law firm of Boro Polnicky Lighter, LLP on topics in criminal law which are pertinent for practitioners of civil and commercial law.  CLE accreditation has been granted from the Barreau.  Refreshments will be served and a detailed notice will be sent to our Membership shortly.

On the subject of the LRLS Seminar, I would like to send out an S.O.S. to our Membership.  Our speakers for the Seminar will require equipment for a PowerPoint presentation.  I am asking if we can get a law firm to loan this equipment to the LRLS and provide a person to set it up for the Seminar.  This would be greatly appreciated and save the LRLS the cost of renting the screen projector and personnel, etc.  If you or your firm can assist us in this regard, it will be greatly appreciated. Please contact irudick@brflex.com.

As attorneys, many of you are often the first line of defense.

Did you ever wonder what to do if your client calls to advise that a seizure is taking place at his/her home or place of business by the authorities?

What if your client was arrested for impaired driving?

What if your client was accused of committing a cyber crime?

Well we have the answers.

Subject: Topics in Criminal Law for Corporate Lawyers
Speakers: Jeffrey K. Boro, Daniel Lighter and Annie Emond of the law firm Boro, Polnicky, Lighter
This event has been approved for 2 hours of CLE credits.
Cost: $45.00
Please confirm your attendance by filling out the registration form.

Refreshments will be served.

There’s no business like show business: Review of the February 4th Student Dinner

On February 4, 2010, on the occasion of its Annual Students’ Dinner, the Lord Reading Law Society rolled out the red carpet and turned on the klieg lights for a special evening devoted to entertainment law.

In a fast-paced and anecdote-filled presentation, Cari Davine and Dean Chenoy provided us with an overview of the sometimes glamorous world of entertainment law.  Not only were our speakers entertainment lawyers, but they also provided some entertainment themselves.  Me Chenoy began by approaching the microphone and stating, “I’d like to thank the Academy…” He then proceeded to warn the prospective entertainment lawyers in the audience that this field is not all about drinking champagne and chasing starlets.

The entertainment business is a fast-moving industry that must cater to ever-changing tastes.  Once production starts, the “train is on the tracks” and the money flows at a rapid pace. Time equals money!

The field of entertainment law actually comprises several areas of the law, including corporate, bankruptcy, insurance, tax, and intellectual property law.  Me Davine, in-house counsel for local production company Muse Entertainment, spends her workdays reviewing budgets and ensuring that the details of those budgets fit within applicable regulations, while keeping in mind her client’s goal of producing quality television shows to sell for broadcast around the world.

Me Chenoy, an attorney at Heenan Blaikie LLP, typically represents movie distributors, Canadian producers and banks that lend on film projects.  He also represents European producers who are attracted to our shores by federal and provincial government subsidies and tax benefits made available to promote domestic production in this country.  These programs have been highly successful: Canada has become the second biggest producer of television content in the world.

Entertainment laws in Canada are considered cultural laws. In that vein, Canada has imposed a certain level of cultural protectionism that includes Canadian content regulations. Sometimes, a foreign producer will want more control of a project, but must give up some of that control to their Canadian co-producer for Canadian-content reasons and to be able to benefit from government financing.  Me Davine observed that she must often perform a balancing act between a producer’s ego and the exigencies of the Canadian legal system.

Producers want as many big-name stars in their projects as possible, but the cost of hiring marquee names must fit within budgets that are becoming tighter in these tough economic times.  Nowadays, financiers are seeking to reduce their investments and to spread their risk.  As a result, greater numbers of parties are involved in any given production. Once the respective rights, obligations and assumptions of risk of the parties have been negotiated through the intervention of entertainment lawyers, it is also the job of those lawyers to set the deal down on paper in the form of production agreements. As an added challenge, the time horizon to get a project on track is often short.  In addition, the artistic milieu can be challenging for lawyers, most of whom are accustomed to a more structured environment.

Me Chenoy pointed out that much of his work is international, so he needs to know the laws of many countries, including what incentives each jurisdiction offers to entice productions to their domestic market.  Recently, he has been dealing with Eastern European countries and, of course, the perennial production Mecca of California.  Me Chenoy observed that he has been seeing many Middle Eastern investors of late.  Being such an international field, the entertainment lawyer must also confront unique social conventions in each jurisdiction.

What are the hot topics in entertainment law these days?

“Branded entertainment” is a growing trend whereby a film or television project is completely centred on placement of a sponsor’s product in the film or television show.  Sometimes such an approach contravenes Canadian-content and Canadian-control rules, thereby jeopardizing government financing.  Copyright and creative control issues may also result.  It is the role of the entertainment lawyer to resolve such issues.

Entertainment lawyers often end up having to lobby the government to increase, or at least maintain, available tax incentives.  The rise in value of the Canadian dollar over the past ten years has led to a reduction in investment by foreign producers – particularly Americans.  Often such lobbying is essentially to ensure that foreign producers invest here altogether.

Me Chenoy said that the “800 pound gorilla in the room” is the advent of digitization, which can lead to a loss of control of copyright.  This has been seen in the music industry, where people download music illegally, as they feel music has no monetary value.  A similar trend is starting to be observed with movies, as well, because many people believe in their hearts that entertainment ought to be free.  It is a daily struggle for entertainment lawyers to protect their clients’ interests in the face of new technologies.  Nowadays, the public consumes culture differently.  People want to watch what they want – when they want.  With digitization, this is becoming more and more possible.

A presentation on show business would not have been complete without some celebrity gossip, so to conclude their presentation, Me Davine and Me Chenoy recounted several humorous anecdotes involving famous actors.

Me Chenoy began by telling us a story about Michelle Pfeiffer refusing to provide a blood sample in support of a medical insurance policy of the sort that is routinely taken out to cover the stars of films (since much money is riding on the ability of the star to fulfill her role). Ms Pfeiffer alleged that being forced to take a blood test would constitute “an invasion of her privacy.”  While Me Chenoy was having his articling students research whether being required to give a blood sample in the context of obtaining film-related medical insurance would constitute an invasion of privacy, it was relayed to Ms. Pfeiffer (through her lawyer) that she would not be paid unless they got the insurance.  Suddenly a vile of blood appeared.  Problem solved!

Me Davine then told a story of the time Bruce Willis was supposed to be provided with a black rental car to drive to a film set in the southeastern United States.  When he arrived at the car rental place, the car was silver, rather than black, which was unacceptable to him. The producers had to have a black car delivered to Mr Willis.  Otherwise, he would have refused to show up to film the movie.

Finally, Me Davine recounted a humorous anecdote about a well-known actor “who shall remain nameless”, who was filming in Budapest, Hungary and refused to walk on set if anyone was smoking.  He even refused to walk on set if someone had been smoking or smelled of smoke.  He even refused to walk on set if he merely suspected that someone had been smoking.  In fact, the actor fired three make-up artists simply because he suspected they were smokers.  The producers had to get the actor a non-smoking driver and bring in a new dressing room trailer and car in which nobody had ever smoked.  Catering to the whims of this actor was made even more difficult by the fact that smoking is very common in Hungary.  To top it off, a further challenge was posed by the fact that the finicky actor’s co-star was a chain smoker.  The smoke-a-phobe apparently never actually spoke with his smoking co-star, except when they were on camera together!

Clearly, lawyers in show business face some challenges that one does not encounter in more traditional corporate environments!

After an enjoyable and informative evening, the assembled masses made their way back down the red carpet, past the klieg lights and out the brass doors of the Montefiore Club into the chill of the Montreal night… 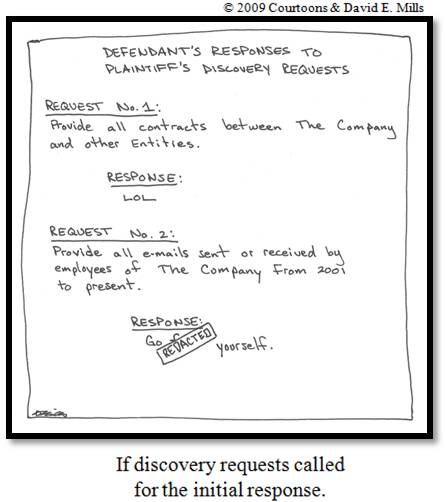