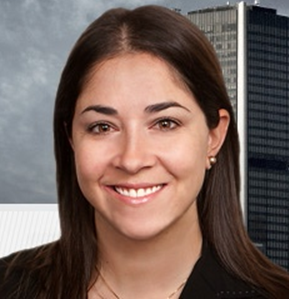 As summer rolls around and our season comes to a close, it is fitting to reflect on what the Society has accomplished over the course of the past year.

Assuming the role of President of Lord Reading Law Society in the midst of a pandemic, after 15 months of Zoom events, my goals were fairly simple and straightforward: to maintain our tradition of excellent speakers, to keep our membership healthy and our members and friends engaged, challenged and even entertained. My personal wish was to welcome you all back in person before the season ended…not an obvious feat!

We officially began our (virtual) season on October 13, 2021, with our annual Alan B. Gold Advocacy Lecture. The Society welcomed Me David Schulze, aboriginal law expert, for his talk entitled Reconciliation Goes to Court: Litigating the Indian Residential School Experience and Other Historic Abuse. An introduction by Senator Marc Gold was followed by a powerful firsthand account from Chief Jean-Charles Piétacho, Innu Chief of Ekuantishit, on his personal experience at residential schools.

On December 9, 2021, I had the pleasure of moderating a fascinating conversation between Dr. Vardit Ravitsky, Professor of Bioethics at the Université de Montréal, and the Right Honourable Beverley McLachlin, former Chief Justice of the Supreme Court of Canada, on the impact of Covid-19 on issues such as access to justice, the impact on vulnerable persons, and how our judicial system fared during the pandemic.

Our Annual Student event took place on February 10, 2022, during which we presented our student awards to deserving law students and welcomed Jay Rosenzweig. Mr. Rosenzweig walked us through his interesting career path, sharing stories and lessons learned, and gave us insight on Leveraging Your Law Degree for Social Impact. Mr. Rosenzweig was introduced by his long-time mentor and friend of the Society, Professor Irwin Cotler.

On April 13, 2022, in the wake of the Russian invasion of Ukraine and on the timely occasion of our Annual Human Rights Lecture, the Society benefited from a most informative evening with Professor René Provost, Ad. E, of McGill University’s Faculty of Law, From Aggression to War Crimes: International Law in the Ukraine Conflict. Please see further below in this newsletter for more details on this event.

On May 10, 2022, our Young Bar Committee organized Movers and Shakers, a compelling lunch-time panel discussion bringing together three Quebec-trained jurists, Cari Davine, Ashley Kandestin and Corey Omer, sharing their experiences of practising law in other jurisdictions and what motivated their decisions to remain abroad or return to Quebec.

As the season comes to an end, I am thrilled to return to the traditional Lord Reading Law Society dinner event format. On June 7, 2022, it will be my great pleasure to welcome you back for cocktails (outdoors), dinner and an engaging lecture by Awanish Sinha entitled Regulation Play: Law, Politics and the Return of Pro Sports in the COVID Era. A partner at McCarthy Tétrault in Toronto, Me Sinha will share lessons learned from a great example of unprecedented law –in particular the regulatory, public health and government negotiation processes involved in the recent return to play in the NHL and NBA in the context of the pandemic.  If you haven’t already registered, please do so at https://lordreading.org/events/dinner-meeting-sinha/.

We thank our sponsors MT>iplus, a division of McCarthy Tétrault, and IMK LLP, for graciously supporting this event.

The Society has continued its contestation of Bill 21, An Act Respecting the Laicity of the State, as an Appellant in the ongoing legal proceedings. In December 2021, the Society filed its Factum at the Quebec Court of Appeal, with the dates of the hearing yet to be announced. We are grateful to our Past President, Ted Goloff, for his tireless efforts in preparing our appellate proceedings, and to our Human Rights Committee for their ongoing support.

An Act Respecting the French language, the Official and Common Language of Quebec (formerly known as Bill 96)

Over the course of the year, the Society also actively sought to advocate against the egregious violations of human rights and freedoms set out in Bill 96, An Act respecting the French language, the official and common language of Quebec. Over the summer, our Human Rights Committee prepared a Brief setting out the Society’s grave concerns regarding the impact of Bill 96 on the basic human rights of all Quebecers, their access to justice, as well as Bill 96’s impact on the legal profession. On September 17, 2021, the Society, presented its Brief before the Quebec Community Groups Network (QCGN)’s Public Hearings on Bill 96.

The Society will diligently monitor the application of the law and all related legal actions. We remain committed to the protection and advancement of human rights of all Quebecers of all origins.

It has been a great privilege and honour to serve as President of Lord Reading Law Society. I am eternally grateful for the unwavering support of an incredible group of Directors, Past Presidents, members and friends who have helped carry the Society through an unprecedented moment in time.

I look forward to seeing you on Tuesday, June 7, 2022 at 6pm, to welcome summer by reuniting with old friends and new faces, and to enjoy a long-awaited evening together—in person!

From Aggression to War Crimes: International Law in the Ukraine Conflict 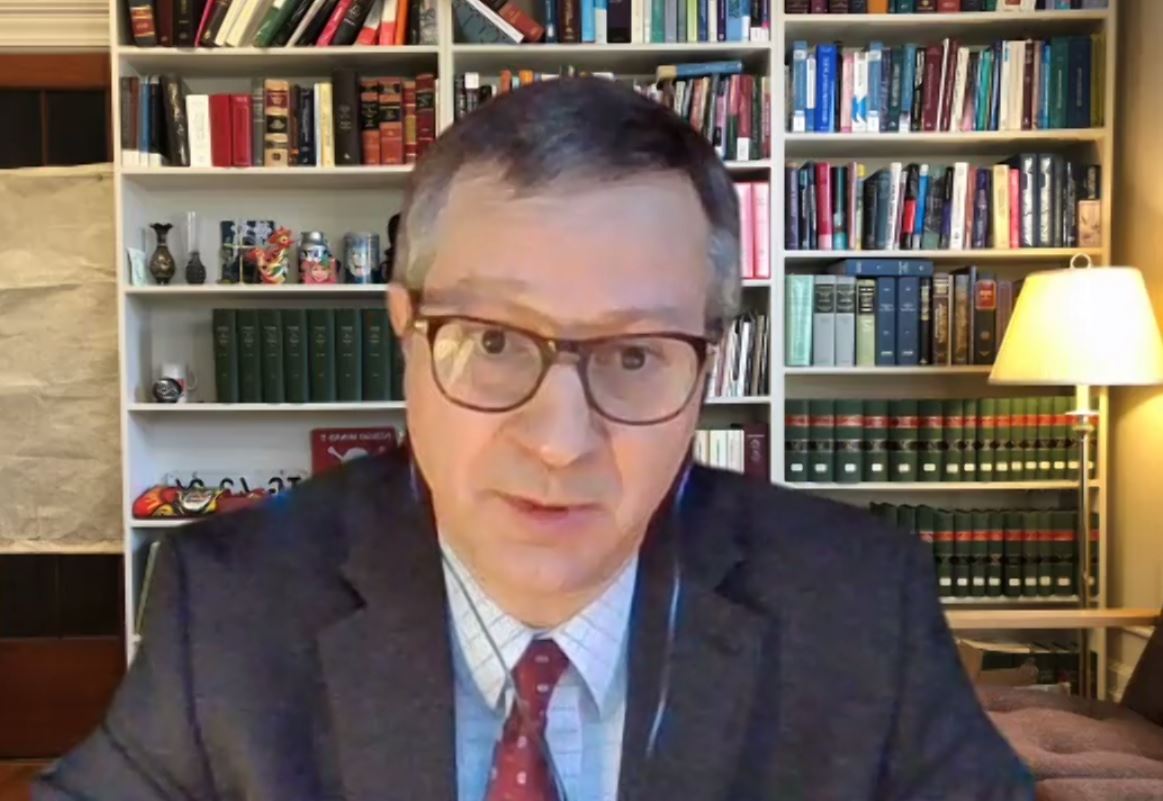 On the occasion of its Annual Human Rights Lecture, the Lord Reading Law Society was pleased to welcome McGill University Faculty of Law Professor René Provost, F.R.S.C., Ad. E, a renowned expert in international human rights law, humanitarian law and the law of armed conflict. The April 13th event was held on Zoom—hopefully the last time we will be forced to hold one of our dinner events in the virtual world.

Professor Provost’s timely lecture, From Aggression to War Crimes: International Law in the Ukraine Conflict, was a masterclass in international law. Russia’s invasion of Ukraine represents the biggest challenge to the rules-based international order since the Second World War.

Our guest speaker stated that the Western world is paying the price for its cavalier attitude toward international law in recent years. Meanwhile, China is watching closely to determine whether there are weaknesses in the international order it might seek to exploit.

Professor Provost reminded us that, unlike in domestic law, there is no international tribunal with the ability to compel a country to adhere to international law.

His well-structured presentation began with a review of international laws regulating the use of force, citing some of the preposterous claims Vladimir Putin has used to justify his war of aggression. Putin had used similar arguments to justify his previous incursion into Ukraine and was met with minimal resistance from the international community at that time. As a result, the perceived coercive power of international law was weakened, so Putin decided to once again push his luck in 2022.

Professor Provost discussed the legal status of the 20,000 foreign fighters from 52 countries who have descended on Ukraine to help defend that nation. Do these fighters qualify as mercenaries under the law of war? If captured, are they entitled to protection as prisoners of war under 1977’s additional protocols to the Geneva convention? What is the status of those conducting cyber warfare on behalf of the belligerent parties? Many questions; few clear answers.

Our guest speaker discussed the manner in which civilian deaths are assessed under international law, reminding us of the concept of proportionality. Clearly, Russia’s indiscriminate attacks and purposeful targeting of civilians crosses that line in tragic fashion.

Moreover, the technique of siege warfare being practised by Russia, which has prevented access of food and medicine to civilians in certain Ukrainian cities, contravenes Article 54(1) of Additional Protocol I to the 1949 Geneva Conventions, to which both Ukraine and Russia are parties, which provides, “Starvation of civilians as a method of warfare is prohibited.”

The bombing of theatres and other cultural landmarks, especially those clearly indicated as being used to shelter civilians, contravenes Article 27 of the Hague Regulations, which reads:

In sieges and bombardments, all necessary steps must be taken to spare, as far as possible, buildings dedicated to religion, art, science, or charitable purposes, historic monuments, hospitals, and places where the sick and wounded are collected, provided they are not being used at the time for military purposes.

It is the duty of the besieged to indicate the presence of such buildings or places by distinctive and visible signs, which shall be notified to the enemy beforehand.

As for whether Russia’s crimes constitute genocide or “mere” crimes against humanity, there is a debate to be had, but either way, people are dying.

At the end of the day, there is no court of law that can stop this war. We in Canada are fortunate to enjoy the luxury of having an academic discussion about the laws of war.

Eventually, though, the attacks will end. Will Russia, its leaders and its military ever be held accountable? Perhaps, through the principle of universal jurisdiction, courts of countries like Canada will be able to try alleged war criminals. Of course, the accused would first have to find themselves on Canadian soil and be subject to arrest by Canadian authorities. Perhaps an ad hoc tribunal could be established by several like-minded countries to conduct a war crimes trial in the image of the Nuremberg Trials, but again, the defendants would have to be caught and brought to court.

The real repercussion in international law in the immediate term is that Russia has been ostracized by most civilized nations. Russia has been expelled from the United Nations Human Rights Council, condemned by a vote of 141 UN member states, and even had some of its UN Security Council functions effectively removed under a landmark “Uniting for Peace” resolution of the UN General Assembly for failure to exercise its primary responsibility as a permanent member of the Security Council to maintain international peace and security.

While the topic of Professor Provost’s speech was troubling, the Lord Reading audience was able to take solace from the fact that, at least, an international law framework exists that may eventually serve to prosecute some Russian war criminals if they can be arrested, and an appropriate tribunal can be found.