I am happy to report that our Annual Students’ Dinner was a huge success and we were thrilled to be able to meet and greet the future members of our Society.

Our next event, which will be taking place on Thursday April 4th, is our Annual Human Rights Lecture.  You can download the dinner invitation here or reserve online here.

On this occasion, we will have the honour of welcoming one of our own past presidents, Me Ronald Levy from De Grandpré Chait LLP, who will address us on the landmark case he won at the Court of Appeal: “Lawfare or War Crimes: The case of Village of Bil’in and the Late Ahmed Issa Abdallah Yassin v. Green Park International Inc., Green Mount International Inc. et al”.

Special thanks to our generous sponsor for the evening DeGrandpre Chait LLP.

I would like to wish all of you and your families a very happy Passover and I look forward to seeing all of you on April 4th.

On January 31st, the Lord Reading Law Society was honoured to welcome as its distinguished guest speaker Me Lukasz Granosik of Norton Rose.  In addition to being a well-known labour and employment law expert, Me Granosik is also past-president of the Canadian Bar Association – Quebec Branch.

While introducing our guest, Society communications director (and internet law expert) Me Allen Mendelsohn set the tone for the evening by waving his iPhone in the air and pretending he had just posted an insulting comment about his “boss” on Facebook, while stating with mock assuredness that “nobody [would] notice”!

Indeed, it was this theme of expectation of privacy surrounding messages posted on the internet that permeated Me Granosik’s presentation.

Essentially, when you have hundreds of “friends” on Facebook, you should not expect your comments to remain private among only those hundreds of friends. It is more-likely-than-not that some of your “friends” will share your comments with others – including possibly the boss that you just insulted. And if your comments posted on a Facebook wall do damage to your employer’s reputation, your having expressed those words could constitute a firing offence – as though you had published them in the local newspaper or spoken them aloud in a public assembly.

Ontario case law has established that a defendant with a “mere” 67 friends on Facebook had an expectation of privacy, while someone else who had 366 “friends” should not have expected his online comments to remain private. That said, the precise number of Facebook friends that constitutes the cut-off between public and private has yet to be clearly determined.

These sorts of reputation-damaging firing offences are not confined to Facebook. Me Granosik risked ruining our appetites with his pre-dinner description of a video posted on YouTube by two Domino’s Pizza pizza-makers in North Carolina who had filmed themselves spitting on pizzas. (In the end, there was no harm done to our appetites; dinner at Lord Reading is too tasty to be overshadowed by mental images of bad pizza!)

The Domino’s Pizza incident teaches us several lessons. First, company brands are more vulnerable than ever:  Nowadays, two renegade employees with a video camera and an internet connection can easily wreak havoc on the reputation of a major multi-national corporation. Second, a negative message cannot be recalled once posted to the internet. To this day, that Domino’s Pizza video is still somewhere on the internet. In fact, a simple Google search will lead you to the video. Third, companies need to be proactive in safeguarding their reputations. Domino’s apparently did a good job of conveying the message that this had been an isolated incident (and that the rogue employees had been dismissed!). Finally, companies have to be sensitive to the power of social media – both to its positive and negative powers.

Me Granosik cited the positive power of Facebook in the context of the 2011 Vancouver Stanley Cup riots.  Numerous tips and videos were posted to a special Facebook page, leading to over 1,000 criminal charges to date – with more to come.

Facebook evidence has also been allowed in court for the purpose of demonstrating a pattern of employee harassment. However, when a fake Facebook account was created in order to entrap an employee, the evidence was not allowed by La commission des lésions professionnelles (CLP), because this tactic was considered to be deceitful (“Facebook fait partie de la vie privée”, stated the CLP).

A nascent trend is the service of legal procedures via social media. For now, this mode of service is only allowed when all traditional approaches have been exhausted.

Me Granosik pointed out that the United States has, not surprisingly, had many more employment law decisions relating to the internet than has Canada, including one interesting example that revolved around whether hitting the “Like” button on Facebook was protected by the First Amendment to the United States Constitution safeguarding freedom of expression.  At first instance, the Virginia district court granted summary judgment in favour of the defendant,  based on the ground that “liking” a Facebook page is “insufficient speech” and not “substantive” enough to guarantee constitutional protection.  However, the decision has been appealed and both the ACLU and Facebook have intervened.

Me Granosik ended his fascinating presentation by reminding us that, in this age of social media, we risk having our private pictures and statements used against us.  So be forewarned!

Me Granosik was thanked by Society board member Me David Ettedgui, following which Society president Me Mara Greenstone presented the Lord Reading Law Society Student Prizes to deserving recipients Iris Graham of McGill University, Ariane Lefrançois of l’Université de Montréal and Marie-Lou Laprise of l’Université de Sherbrooke in recognition of their academic achievements.

On behalf of Dean Daniel Jutras and the McGill University Faculty of Law, I am honoured to invite you to an event celebrating Talmudic Law at McGill, presented with the philanthropic support of the Lederman Foundation.

I am a Sessional Instructor at McGill Faculty of Law, and this semester my Talmudic Law course ends with a Talmudic Law Moot competition, the first of its kind at McGill. The students have a case relating to a dispute over inheritance and we are studying the Jewish Law sources that relate to it. Student teams are required to write a Brief and present Oral Arguments on behalf of their client before a Bet Din (a panel of three rabbinic judges), based on classical sources in Jewish Law.

The final competition between the two top teams will take place on Thursday, April 11, at 6 p.m. and will be followed by a reception. We are privileged to have three outstanding legal personalities as Dayanim (rabbinic law judges).

It promises to be a stimulating evening of debate and legal analysis, an appreciation of the sophistication and relevance of Talmudic Law, and a celebration of our brightest students. I hope you will join us.

Please RSVP by April 5 to alumnioffice.law@mcgill.ca 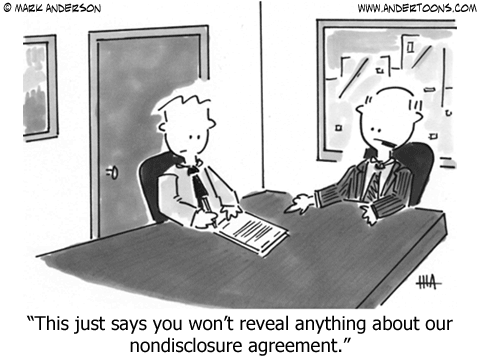 To Past President Me Ian M. Solloway who has been re-elected by acclamation to a fifth consecutive term as Chair of the English-Speaking Section of the Bar of Montreal for 2013-2014, at its Annual General Meeting held on March 14, 2013.

To Justice Joel Silcoff on the passing of his father, Maurice.