Dear Honourable Judges, Colleagues, and Friends of The Society,

It is a very special honour and pleasure to head the Lord Reading Law Society for this most memorable 70th anniversary year.

The success of our Society lies in its ability to embrace its past, all the while evolving with the times and adapting to the needs of the present and the future. As with years past, I will continue to build on the excellent work of my predecessors, upholding our Society’s stellar standing and reputation in the legal community and, its popularity among members and non-members alike, while working towards future success.

Since becoming your President last May, I have been busily preparing our year ahead and have been privileged from the very beginning to have the support and encouragement of the Society’s Board members and numerous volunteers, whose wealth of knowledge and enthusiasm never cease to amaze me.

With the Jewish Holidays taking up most of the month of September, we had to delay the start of our season until October 24, 2018, the day we will celebrate the 70th anniversary of the founding of the Lord Reading Law Society. This evening will be a time to honour our Society, its members and supporters and recognize the Society’s impact upon the legal community of our city, our province and beyond. Our immediate past President, David Ettedgui, has maintained a high bar for our Society’s leadership and his dedication to the Society will be on display one more time as he chairs the 70th Anniversary Gala.

To highlight and celebrate this milestone of the Society, we will have the honour of welcoming The Right Honourable Justice Beverley McLachlin, former Chief Justice of the Supreme Court of Canada to our dinner. Her talk will cover the highly relevant and timely topic of “Living with Diversity”. Madam Chief Justice McLachlin will discuss the unique challenges of dealing with diversity in our everyday lives and will provide her thoughts on the issues she encountered while serving on the bench that currently face all Canadians.  As part of the recognition of Chief Justice McLachlin’s friendship and support of the Society, we will be presenting her with an honorary lifetime membership. You can register online here.

I look forward to seeing you at our Gala on October 24th and at all our other exciting events throughout the 2018-19 season.

I hope you have all had a good start to the Jewish New Year and I wish you continued health and success.  Shana Tova! 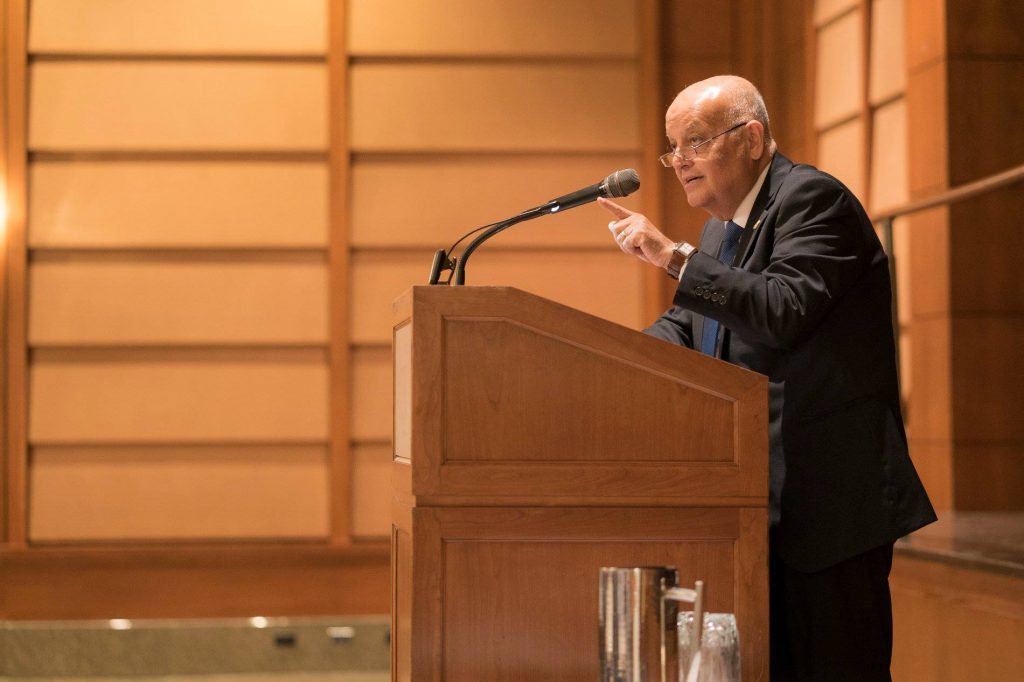 On May 15, 2018, on the occasion of our annual Human Rights Lecture, the Lord Reading Law Society was pleased to welcome ‎special guest speaker The Honourable Salim Joubran‎, recently retired Vice-President of the Supreme Court of Israel – and its first-ever Arab justice.

This was also the third annual dinner event that Lord Reading has presented with the support of the Consul General of Israel in Montreal.

Before a packed house that included the Chief Justice of the Quebec Court of Appeal, the Chief Justice of the Superior Court of Quebec and the Bâtonniers of Quebec and Montreal, among other luminaries from the legal community, Justice Joubran described his pride in being Israeli, while describing his upbringing – and indeed his current life – as a Christian Arab residing in Haifa, surrounded by neighbours of the three major monotheistic faiths, living in an atmosphere of mutual respect.

“Not only do we live together; we enjoy living together!”

As an example, his grandchildren attend mixed Jewish-Arab schools. The underlying message of the anecdotes recounted by Justice Joubran was that when people of different backgrounds meet and get to know one another, peaceful coexistence is possible.

That said, our guest speaker also expressed critiques ‎of certain situations in Israel, such as when majorities have attempted to deny rights to minorities. He also criticized Israeli politicians who have attempted to challenge the Supreme Court’s independence.

On many occasions while on the bench, Justice Joubran found himself in the minority on judgments of the Court – especially in cases where the rights of the Arab minority were in play. That said, he suggested that attitudes are slowly shifting in respect of minority rights (perhaps because of our guest speaker’s influence?).

After he retired, our guest speaker was replaced by another Christian Arab judge. Justice Joubran hopes one day to also see‎ Muslim Israelis on the country’s Supreme Court (there are already Muslim judges ‎on the country’s lower courts). He is also proud that 60 percent of all judges in Israel are women.

The overall feeling imparted by Justice Joubran was one of hope – a hope that people of different faiths and backgrounds can co-exist, as they do in Justice Joubran’s life.

We have some great events planned for the rest of 2018, so save these dates!

November 20 – members only CLE breakfast (7:30 AM) – “New Cannabis Legislation – What you need to know” with Me Alexa Rahal of  Lapointe Rosenstein Marchand Melançon

Registration for these events will open in the near future, keep an eye on your email for more information.

If you want to attend that CLE breakfast mentioned in the previous story, you’ll have to be a member! Membership grants you access to exclusive members-only events like the one on November 20th, and significant discounts on all our dinner-meetings. Don’t miss out! You can become a member online here or alternatively, you may download the membership form here. Membership has its privileges!

The Society Mourns a Past President 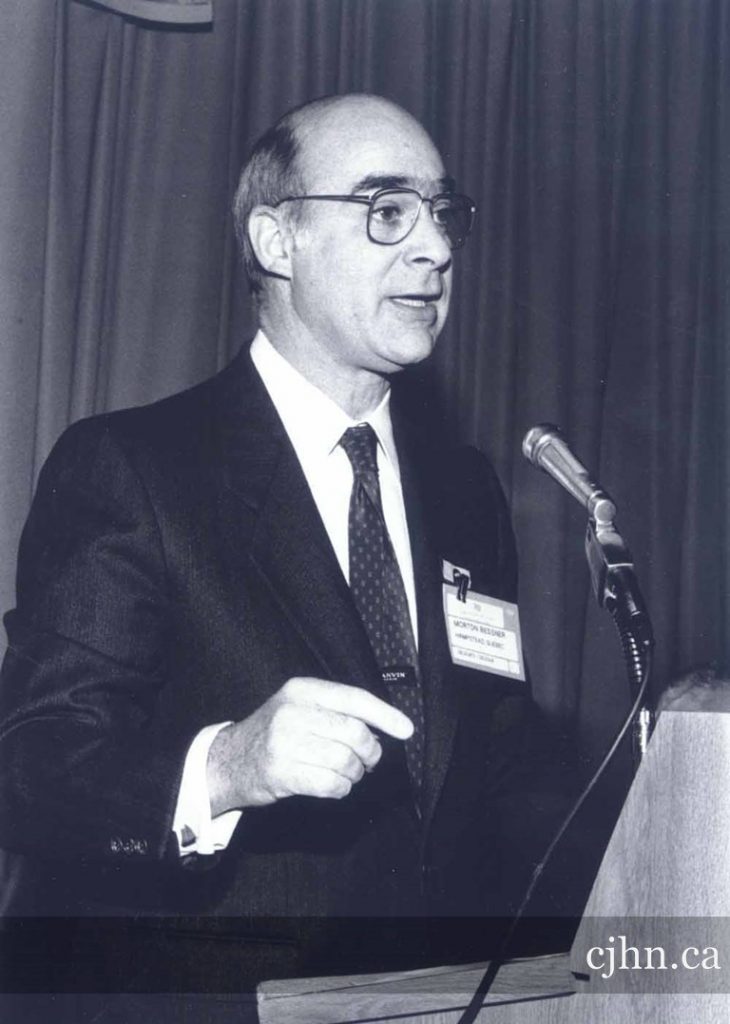 On September 25, the legal profession and Jewish community lost a true giant, as Morton Bessner passed away. Morton was President of Lord Reading during the 1983-84 season.

While building a very successful career as a commercial lawyer, Morty was a tireless volunteer and leader for a wide range off Jewish community organizations. He was the President of Centennial Lodge of B’nai Brith and of Herzl Health Centre, a Chairman of the Young Leadership Development Committee of Combined Jewish Appeal and of the Metropolitan Division of Combined Jewish Appeal, and an Honorary Legal Counsel to Congregation Beth-El. He served as Chairman of Québec Region of Canadian Jewish Congress, Counselor of the Barreau de Montréal, and, for many years, Chairman of the March to Jerusalem and President of its sponsoring organization, the Jewish Cultural Association.

He will be dearly missed by all his friends and colleagues at the Society. We extend our deepest heartfelt sympathies to Morty’s wife Mildred Kolodny, and the entire Bessner family.

A Memorial for Justice Stober 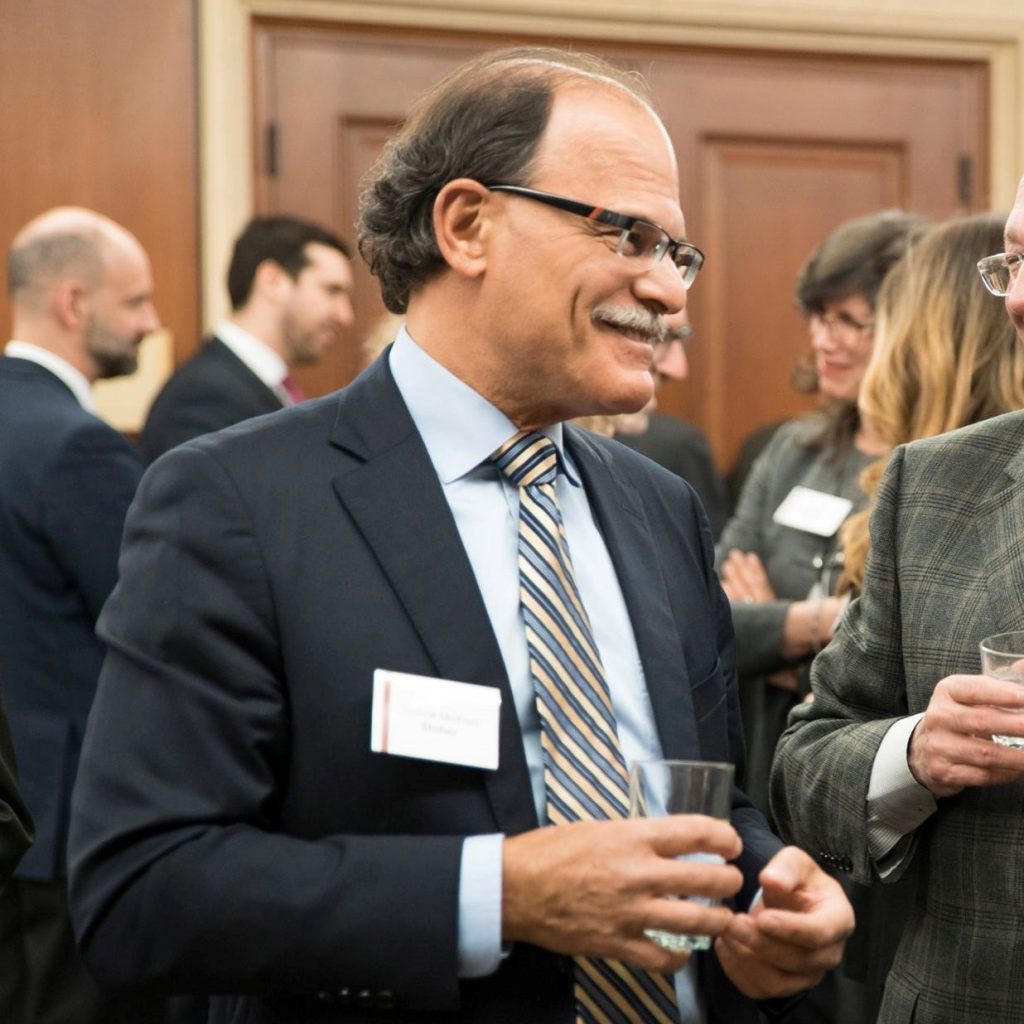 The Society was deeply saddened to learn of the recent passing of The Hon. Michael Stober, J.C.S. Justice Stober was a dear friend to the Society, a longtime member and a one-time guest speaker. He was a friendly, warm and charming presence at most Society events. We will miss him dearly.

You are invited to attend a special séance of the Superior Court of Quebec on October 25, 2018 at 16h30 in room 5.15, to honour the memory of Judge Stober.

The Society extends its deepest heartfelt sympathies to his wife Audrey Sherman and the entire Stober family.

We are delighted to honour the following members of our community who have reached these incredible milestones at the Barreau du Québec and were honoured at the recent rentrée judiciaire. Mazel Tov everyone!

Celebrating their 60th Anniversary of Admission to the Barreau:

Celebrating their 50th Anniversary of Admission to the Barreau: 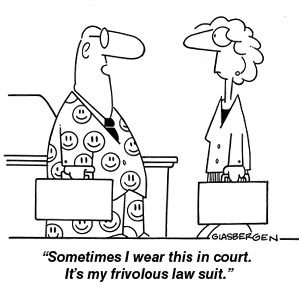