On April 6th, the Dean of the Law Faculty at McGill University, Professor Daniel Jutras, gave us a most educational talk entitled “You too can be a senator! Canada’s new process for Senate appointments”. From his vantage point of federal member of the “Independent Advisory Board for Senate Appointments”, Professor Jutras provided us with an intimate view into the process. You can read more about the talk further down in this newsletter.

We are on the eve of what promises to be one of the most memorable evenings in Lord Reading history. On May 25th, the Annual Human Rights Dinner will feature a tribute to one of the most esteemed jurists in Canada, a cherished member of the mishpuchah, the Honourable Irwin Cotler.

In addition to celebrating Irwin, we will be using the night as a fund raiser for the Raoul Wallenberg Centre for Human Rights founded and headed by our esteemed honouree.

The evening promises to be a smashing success with the following speakers confirmed: Harvard Law Professor Alan Dershowitz, Canadian Supreme Court Justice Rosalie Abella and Quebec Court of Appeals Justice Nicholas Kasirer. In addition, numerous leaders from the worlds of government, business and, of course, law are expected to be in attendance.

You can register for the evening using the links that can be found to the left of this message. Please note that ticket sales will close on May 18, 2016.

Finally, be sure not to miss the annual Young Bar Cocktail on June 9th. It will be held on the outdoor terrace at La Coupole. This event is being organized by our Young Bar chairs, Marissa Lydynia & Andrew Kliger.

As this is the final newsletter of the year, on behalf of the Lord Reading Law Society, I express my deep-felt gratitude to the following three people, who without their unending work for the Society, we would not have been able to function. They are First Vice-President Larry Markowitz, communications chair Allen Mendelsohn, and finally, the “keeper of the list” Lara Malewski. In recognition of their work a contribution has been made in their names.

While I have singled out those three individuals, I also wish to thank all of the Society’s Executive, Board, Past Presidents, and numerous volunteers for their tireless work in keeping the Society functioning smoothly this year. Without everyone’s participation in various capacities, the Society would surely ground to a halt, and I will remain forever grateful to everyone for helping make my tenure a successful one.

Finally, I wish the best of luck for next season to my successor Larry. Having worked so closely with him during the past year, I know the Society will be in good hands under his leadership.

As the date of my May 25th inauguration approaches, I am truly excited by the opportunities that lie ahead. At the same time, I cannot help but feel a sense of trepidation, as I am being entrusted to helm a venerable community institution with a rich 68-year history. When I look at the list of former presidents of the Society, including some of Montreal’s most prominent jurists, it is humbling to think that my name will be included among theirs.

But before that happens, there is work to be done!

First and foremost, we are planning a series of events that will appeal to our members and the wider legal community. Our season-opening dinner – on Wednesday, September 14, 2016 – will feature Mr. Justice Michael J. Moldaver of the Supreme Court of Canada, who will be interviewed on stage by noted constitutional scholar Professor Adam Dodek of the University of Ottawa. This discussion will be of interest both to Supreme Court aficionados, as well as to those who simply wish to eavesdrop on a fascinating conversation between two engaging jurists.

Thanks to the leadership and wisdom of those who have gone before me, the Society is in top shape.  My role as president will be to continue to advance the goals of our organization. I look forward to working with our incoming board of directors and past presidents on a variety of files, ranging from human rights, to event planning, to ensuring the continued success and relevance of the Society as a new generation of lawyers joins the Bar and, we hope, joins us at Lord Reading. The role of board committees will be expanded to harness the talents of our members for both the good of the Society and society at large.

The Lord Reading Law Society has long served as the collective voice of Jewish jurists in our city and province. We’ve spoken out against discrimination, particularly when access to justice and other fundamental rights were threatened. We will continue to fulfill this role under my presidency, because sadly, our work is never done.

In 2016-2017, I intend to make a special effort to appeal to younger lawyers to get them involved at Lord Reading. In this vein, I would invite the young – and the young at heart – whether members of LRLS or prospective members –  to join us for a complimentary drink – or two – at our Young Bar Cocktail on Thursday, June 9th at 5:30 pm at La Coupole. Join us for a taste of the “Lord Reading spirit” of camaraderie on a (hopefully) sunny downtown terrasse!

Thank you to our generous event sponsor Richter and to our Young Bar Committee co-chairs Marissa Lydynia and Andrew Kliger.

I particularly look forward to working with First Vice-President David Ettedgui over the coming year, and finally, I would like to thank outgoing president Steven Slimovitch for his hard work over the past year. It was a pleasure collaborating with you, Steven!

I hope to see many of you at our May 25th gala dinner. Please stop by and say hello, and share your thoughts for the upcoming season.

You too can be a Senator!

On April 6, 2016, we were treated to a behind-the-scenes lesson on Canada’s new process for Senate appointments. Better known as the Dean of McGill University’s Faculty of Law, Daniel Jutras graced our podium in his capacity as a Federal Member of the Independent Advisory Board for Senate Appointments. His speech was entitled, “You too can be a senator!”

Dean Jutras was introduced by his wife, the Honourable Justice Manon Savard of the Quebec Court of Appeal, who joked about the cloak and dagger aspect of her husband’s role on the Senate selection committee, which often has him being called to meetings in Ottawa by a mysterious woman named “Huguette”, who refuses to leave messages when she phones the Jutras-Savard home.

Alas, “Huguette” is not the code name of some secret agent, but rather is Huguette Labelle, Chair of the Senate appointment advisory board! And indeed the role of the Senate selection committee requires absolute discretion on the part of its members.

Upon taking the stage, Dean Jutras joked that we were either attending the dinner because we took the speech title literally and wanted a job as a senator, or because we were hoping for an evening of stand-up comedy comprised of Senate-related jokes.

After telling this joke – and several others – Dean Jutras posited that the reason we often make jokes about the Senate is because of our collective ignorance about the role and functioning of the institution.

Anyone who reads a newspaper regularly is familiar with Senator Duffy’s claiming residency at his Prince Edward Island summer cottage while living in Ottawa, but how many Canadians actually know what the Senate is supposed to do?

Dean Jutras set out to lessen our ignorance on the topic, while describing the transformation that is already underway in the “Red Chamber”.

* * *
Some politicians, such as Thomas Mulcair of the New Democratic Party, want to abolish the Senate because its members are unelected. Yet judges in Canada are also appointed and nobody questions the right of the judiciary to participate in the public process. Same goes for the Governor General.

In any event, abolishing the Senate would require a constitutional amendment precipitated by the unanimous consent of all provinces and the House of Commons – not realistic to expect.

The Conservatives under Stephen Harper took the approach of not filling Senate vacancies, figuring the Senate would eventually be bereft of members through attrition. Harper hadn’t appointed a new senator since 2013.

Despite there being numerous and often-conflicting proposals, which one might expect would lead to deadlock, Dean Jutras advised us that the transformation of the Senate is already underway, with the naming of the Independent Advisory Board for Senate Appointments by Prime Minister Justin Trudeau in January 2016. Dean Jutras was one of eight Board members initially named to serve under the leadership of the aforementioned Huguette Labelle, a former top civil servant and, most recently, Chancellor of the University of Ottawa.

The non-partisan Advisory Board works from a list of nominees that is available to the public. The decision process is rapid, so that the Senate is not delayed in pursuing its duties. The Board began its work by focusing on the three provinces with the most Senate vacancies, Quebec, Ontario and Manitoba. Of 284 nominees, they whittled the list down to 25 names that were presented to the prime minister. On March 18, 2016, he chose seven new senators.

According to our guest speaker, other than some partisan sniping, there was no serious criticism of the choices and indeed there was little media attention paid to the nominations altogether.

* * *
Process is significant in such matters because process shapes institutions – be it the Senate or other public bodies.

Of course, the approach ultimately chosen for filling vacant Senate seats need not have been the one pursued by the Liberal government.  Other approaches have been suggested, including “Senate by lot”, by which random Canadians would be chosen to sit for one-year terms. That might please those who feel the Senate should represent the fabric of the country. Others would prefer a vote by province or a national vote.

In designing a modern system for Senate appointments, it is important to remember that the Senate is a more “permanent” body than the House of Commons. It therefore operates on a longer time horizon, without regard to the next election. Arguably, senators who are appointed to longer terms than Members of Parliament can take a longer-term perspective when shaping policy and legislation.

In the opinion of our guest speaker, the Senate needs expertise and a capacity to work in a non-partisan manner.

Dean Jutras ended his presentation by posing three broader questions, leaving us with food for thought:

1. How will the Senate nomination process evolve over time? Will there someday be public hearings? If so, will those hearings become adversarial like we see in Washington, DC?

2. What will be the long-term effect of the changing composition of the Senate? If more competent people are named, the Senate will naturally become a more significant player in the legislative process vis-a-vis the House of Commons.

With his entertaining and informative speech, delivered from his unique “insider’s” perspective, Dean Jutras brought sobriety to our understanding of Canada’s “Chamber of Sober Second Thought”. To date, no new senators have been appointed from among the ranks of Lord Reading members, but several Senate seats remain vacant, so there’s still time to submit your application …

Lord Reading’s Huge Presence at the Bar of Montreal

The Lord Reading Law Society and its members have always been active in the wider legal community, and in the various levels of governance of the legal profession in Québec. With the recent elections for the Bar of Montreal council, the Society is once again very well represented, with numorous members of the mispuchah earning a seat on the council, and in prominent positions. The Society wishes all of the following a hearty mazel tov and best of luck for their tenures: 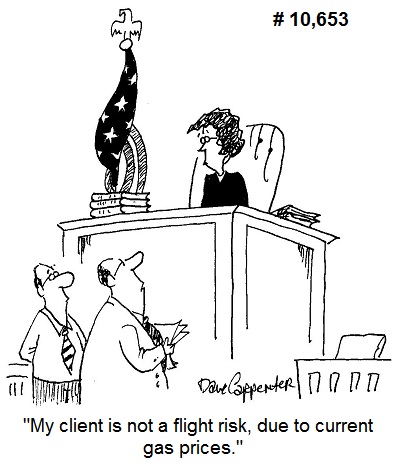