The holidays have come to an end and it is back to the grindstone for all. I wish you a very Happy New Year.

As most people have thought for a long time now, the Society is at the leading edge of modern-day technology – what other reason could there be for Me Sunny Handa to deliver our next lecture entitled “The Evolution of the Law of Television and Broadcasting in the Internet Age” on Thursday, January 28th. That evening’s event will be our annual Student Dinner, when we host stagiaires and law students, and present the Society’s academic student prizes to the deserving winners. The award winners, as well as representatives from each of the law schools will be present at the dinner lecture.

You can download the dinner invitation or reserve and pay online using the links to the left of this message. Don’t forget that the early bird discount expires on January 23rd. I strongly encourage you to come out for the evening, not just for an interesting speaker and topic, but to warmly welcome the young students and stagiaires who form the future of the Society.

Looking farther down the calendar: On March 17th, 2016, once again one of the “Supremes” will honour us with their presence. With his first speaking engagement at the LRLS, the former Bâtonnier of the Barreau de Montréal, Mr. Justice Richard Wagner will be our guest.

On April 6, 2016, we will host another prominent speaker, with the Dean of the Law Faculty at McGill University, Prof. Daniel Jutras, Ad.E., who will enlighten the Society with his words of wisdom.

Following Spring break, Purim and (let’s not forget) Passover, we resume our season with the annual Young Bar Cocktail wonderfully organized as it has been for a number of years now, by Marissa Lydynia & Andrew Kliger.

Then, on May 25th, we have a most special treat in store.  The Annual Human Rights Dinner will be a tribute to one of the most esteemed jurists in Canada, a cherished member of the mishpacha, the Honourable Irwin Cotler.  The organization of the evening is in the able hands of some of our Past Presidents, Casper Bloom and Ted Goloff and of course their hard-working committee.  The night promises to be a smashing success.

The Supreme Court of Israel within the Jewish and Democratic State

On November 24, 2015, the Lord Reading Law Society had the privilege of hosting the Deputy President of the Supreme Court of Israel, Mr. Justice Elyakim Rubinstein, who delivered the 2015 Henry Steinberg Memorial Lecture. His address was entitled “The Supreme Court of Israel within the Jewish and Democratic State: Historic and Current Reflections”.

In addition to the second-highest-ranking judge in Israel, the Shaar’s Victor Hall was packed with dignitaries and other notables, prompting Society president Steven Slimovitch to liken the evening to the Lord Reading version of the Oscars!

Justice Elyakim Rubinstein was accompanied by a delegation that included, among others, Israel’s ambassador to Canada Rafael Barak and Consul General of Israel to Montreal Ziv Nevo-Kulman, as well as former Israeli Ambassador to the United Kingdom Daniel Taub and several other members of the Israeli diplomatic corps. Other VIPs in the room included former Supreme Court of Canada Justice Morris Fish and newly elected Member of Parliament Professor David Lametti.

Opening remarks were delivered by Ambassador Barak and by Eric Maldoff, chairman of the Quebec division of the Centre for Israel and Jewish Affairs (CIJA).

The LRLS dinner followed a day-long seminar on international legal issues surrounding Israel that was held at the Gelber Centre and presented jointly by Lord Reading, the Israeli embassy and consulate, and CIJA.

Mr. Justice Rubinstein was introduced by former Minister of Justice and Attorney General of Canada – and longtime Society member – the Honourable Irwin Cotler. In a heartfelt tribute to his longtime friend, Mr. Cotler described our guest speaker’s lifetime devotion to human rights and described Justice Rubinstein as being “haimische“.

In his talk, Mr. Justice Rubinstein outlined the unique role of the Supreme Court of Israel, particularly in light of current challenges, including threats from fundamentalist Islam – both from abroad in the form of ISIS and closer to home in the form of Hamas and Hezbollah, along with belligerence from Iran.

It is a challenge for democracies, such as Israel – not to mention France following the Paris attacks of 2015, and indeed all other open and democratic countries – to cope with terrorism. Maintaining a balance between security needs and human rights is a constant struggle. As former Israeli Chief Justice Aharon Barak once said, “A democracy must fight terrorism with one hand tied behind its back”.

1. Need for a sovereign Jewish state with open doors. A refuge for the Jews is needed so as to prevent the recurrence of a situation like the infamous MS Saint Louis episode, when the eponymous ship carrying Jewish refugees from Germany in 1939 was denied entry to multiple foreign ports, with the passengers ultimately being sent back to Europe, in many cases to their deaths.

2. Human rights must be maintained. In the Holocaust, Jews were treated like “scum”. No people should ever be treated as such again. The challenge is to balance human rights with security needs.

These two lessons are the essence of Israel’s Basic Law, which provides that Israel is both a Jewish and a democratic state. It is easier to define “Democratic” than “Jewish”.

After expounding upon his own history within Israel, Justice Rubinstein described his current role at the “Bagatz” (Hebrew acronym for the Supreme Court of Israel – Beit Mishpat Gavoah LeTzedek), Justice Rubinstein described the unique challenges in running a court that handles 9,000 cases per year, as both the highest appeals court in the land and the court of first instance for numerous categories of “grudges” of the People against the Israeli government. (By comparison, the nine justices of the Canadian Supreme Court handle a mere 80 or so cases per year).

The Israeli Supreme Court has 15 judges, of whom four are women (including the president of the Court) and one is an Arab. They deal with all sorts of issues, ranging from equality between men and women, to equality between Jews and Arabs, to government allocations of land (e.g. routing of the West Bank separation barrier), to who can call themself a “rabbi”,  to who is a Jew,  to what steps Israel may take to defend itself against terrorism.

The topic of the Deputy Chief Justice’s talk to the Lord Reading Law Society was clearly a serious one, but his speech was not without moments of levity – be they the Justice’s humourous anecdotes, such as his opening line, “As Henry the Eighth said to each of his six wives, ‘I won’t keep you too long’ “, as well as some unexpected audience interaction when, at one point, Justice Rubinstein coughed and was spontaneously handed glasses of water by four audience members, including a retired judge! 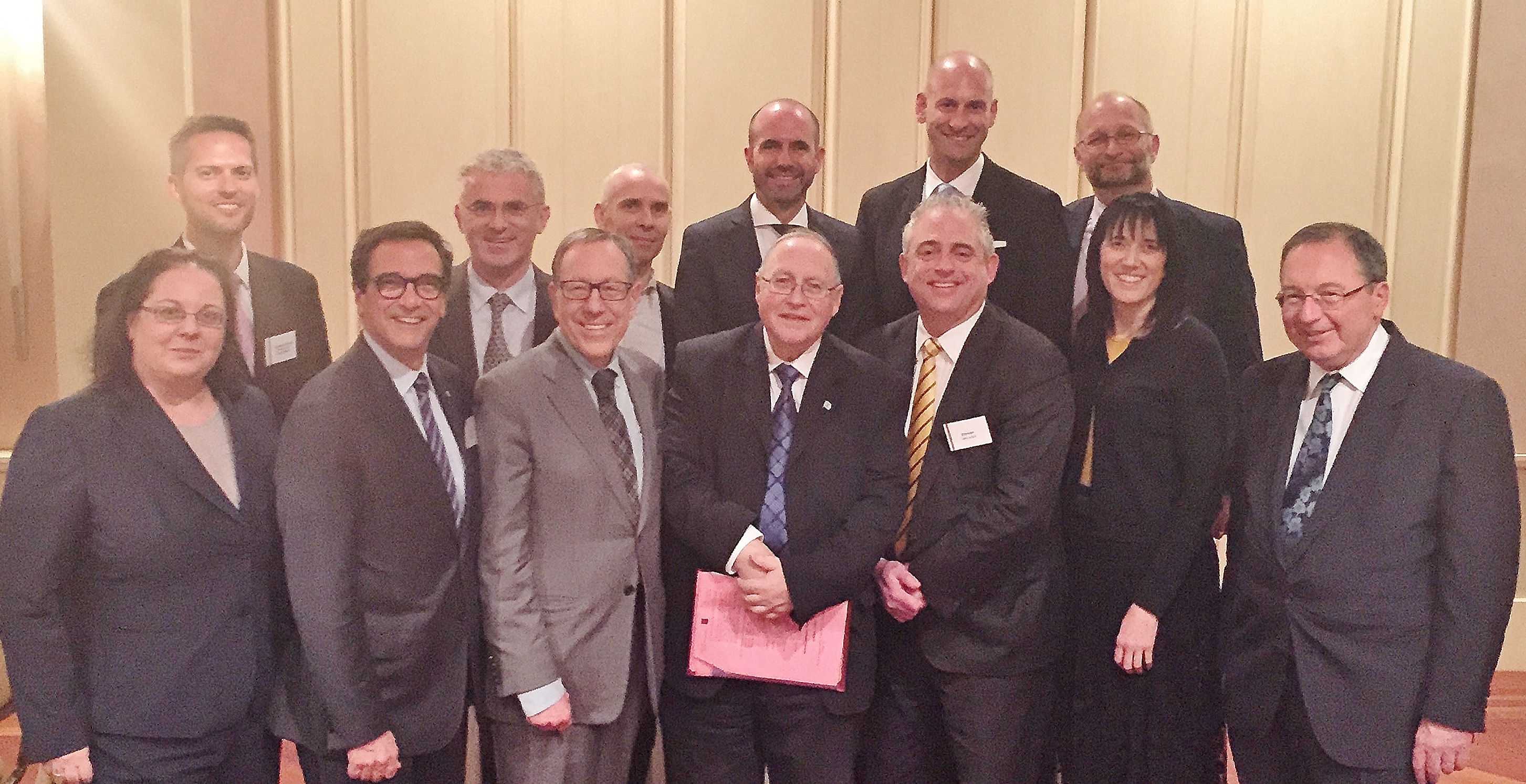 On February 4th at 16h00, the Bar of Montreal is pleased to present Me Greg Moore, discussing your obligations under the new Code de déontologie. In attending this activity, you will satisfy your obligation to complete mandatory training on the Code of Professional Conduct of Lawyers required for all Barreau du Québec members.

Details and registration can be found at the Bar of Montreal’s website.

The AEJD (Association des étudiants juifs en droit) of the Université de Montréal, in conjunction with Hillel, is pleased to invite all Lord Reading members and friends to their annual Shabbat Dinner on January 29th at the Spanish and Portuguese Synagogue. The featured speaker this year is Me Claude-Armand Sheppard of Robinson Sheppard Shapiro, who will be discussing his role as lawyer for Dr. Henry Morgentaler.

You can register online and more information can be found on the event Facebook page.

We ‘d like to remind you about the dates and events for the rest of the season: 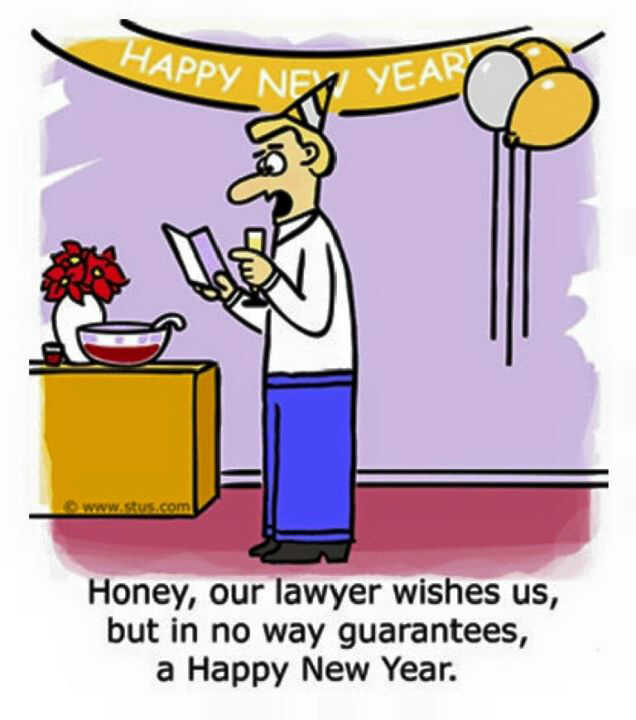