If you are attending next week's October 25th dinner-meeting, please note the following:

1. We wanted to remind you that exceptionally, cocktails are at 5:15 PM and the dinner-conference will begin promptly at 6:00 P.M.

2. Our esteemed speakers will not be taking questions from the floor. However, they have graciously agreed to answer a few questions that have been submitted in advance. If you would like to submit a question, please email your question to Ian Solloway at ims@sollaw.ca, by Monday, October 23rd at 9:00 AM.

If you have not yet registered, there's still time! Not much time however, as registrations will absolutely close at 6:00 P.M. on Sunday, the 22nd. You can register using the links at the left of this page until then. There will also be no registrations in-person the night of the event. Thank you. 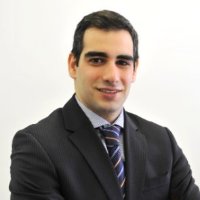 I hope you are as excited as I am for our second dinner-meeting of the season, which will take place on October 25, 2017, and which promises to be a historic evening for the Society. On this occasion, we are honoured to welcome the Honourable Rosalie Abella of the Supreme Court of Canada and the Honourable Stephen Breyer of the United States Supreme Court. The discussion will be moderated by the Honourable Irwin Cotler. You can register using the links on the left of this page.

The historic and unique evening would not have been possible, and will not as I expect run perfectly smoothly, without the tireless efforts of certain individuals. I would like to thank Past Presidents Ian Solloway and Larry Markowitz for their incredible efforts in helping to organize and coordinate this extraordinary event, as well as Society Board members Lara Malewski and Allen Mendelsohn whose normal coordinating duties have increased dramatically with the incredible number of registrants we have for the dinner.

Finally, I would like to thank BLG for being the generous lead sponsor of the evening, as well as the numerous firms and companies who have sponsored tables. They are so numerous that space prohibits listing them here, but I look forward to acknowledging all of them by name on the 25th.

If you have not done so already, I encourage you to renew your membership or become a member of the Society for the first time. We count on our membership dues to help contribute to the health of the Society, and to support the continuing program of outstanding speakers the Society has established. You will also benefit from significant discounts on dinner-meeting prices and be eligible to attend members-only CLE events. You can register and pay your membership online, or alternatively you may download the paper membership form if you want to pay by cheque.

Become a member today! It will allow you to attend our first members-only CLE Breakfast of the season, on December 5th. We are very much looking forward to hearing from Me Rhonda Rudick of Davies, who will be speaking on “The impact of tax reform proposals regarding private corporations on professionals.” A topic of interest to all of us!

We look forward to welcoming you on October 25th. 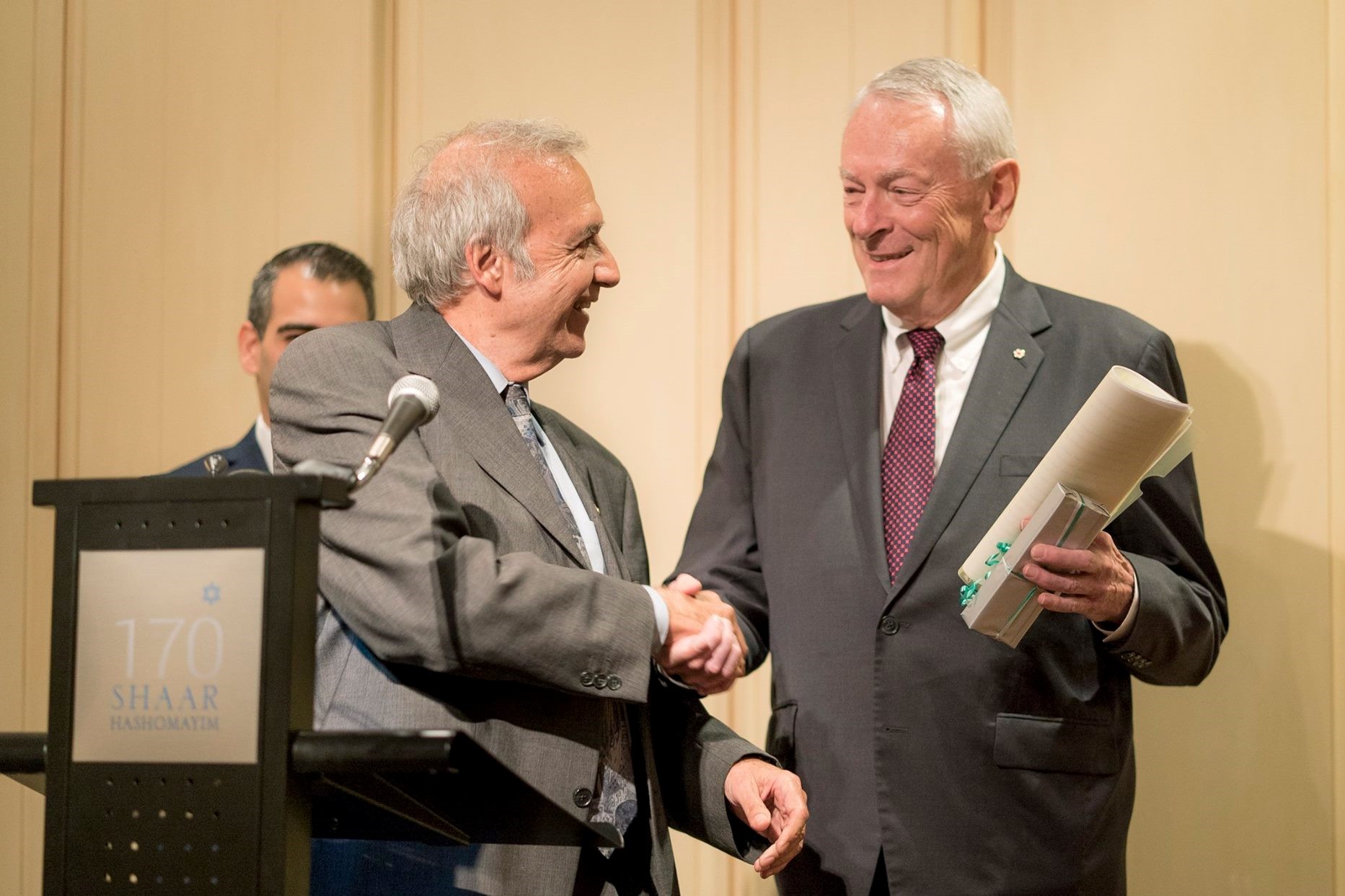 On the occasion of our annual Alan B. Gold Advocacy Lecture, the Lord Reading Law Society was privileged to have Richard W. Pound as its guest speaker.

A true Renaissance Man, Me Pound, a former Olympic swimmer, has long held prominent positions at the International Olympic Committee (IOC) and was founding president of the World Anti-Doping Agency (WADA), while serving as chancellor of McGill University, authoring several books, and practising tax law at Stikeman Elliott.

Speaking to our audience of esteemed jurists at the Society’s opening dinner of the 2017-2018 season, Me Pound gave ‎us a primer on the basics of sports law, while recounting anecdotes from his years in the Olympic movement – with a particular emphasis on anti-doping.

He began by explaining that corruption in sports can occur both on and off the field: off the field in such matters as choosing host cities for international competitions; and on the field in the form of match-fixing and doping, as well as the use of illegal equipment. At the end of the day, the incentive to break rules usually comes down to money – be it to secure construction contracts to build new stadiums; or be it to bet on the results of competitions or to obtain lucrative endorsement deals that flow to Olympic medal winners.

All sports are governed by rules – rules that have been agreed upon by the competitors. When there is no prohibition on a given activity, it is generally allowed. Until the 1960s, for example, there were no rules against the use ‎of performance-enhancing substances. It was only after the death of a doping Danish cyclist at the 1960 Olympics in Rome (at which Me Pound competed as member of the Canadian swim team, coincidentally) that lists of prohibited substances started to be compiled – for the sake of athletes’ health.

Of course, some athletes continued to cheat by using these substances, but now their doping became clandestine and ever since, authorities have played a game of ‘cat and mouse’ with cheating athletes (and sometimes entire cheating national athletic federations).

In the 1970s and 1980s, Me Pound played increasingly important roles in the IOC. His focus at the time was on selling television rights for the Olympics around the world.

Then the Ben Johnson scandal occurred in 1988. When steroids were detected in Johnson's urine after he won the 100-metre dash in record time, Me Pound – as the Canadian IOC member – was asked‎ to speak with Johnson in private. Johnson denied everything.

"They lie to you", Me Pound told the Lord Reading audience.

Eventually the IOC disqualified Johnson, showing that even "the world's fastest man" could be disqualified.

Me Pound came to the realization that the sports world needed ‎an independent anti-doping agency. Using the Court of Arbitration for Sport, an independent institution based in Switzerland, as the model, WADA was conceived. The Agency came into being under a 1999 Swiss law.

Me Pound was asked to be president.

"I suggested it, so I got 'stuck' with being its first president!"

The founders of WADA got to work on drafting the World Anti-Doping Code‎. Once drafted, not only did the Code have to be adopted by 200 or so national governments, but it also had to be agreed upon by the governing bodies of some 35 Olympic sports‎.

The task of making this happen was arguably more difficult than putting a United Nations treaty into place!

Me Pound described the diplomatic efforts that were required to get so many diverse interests onboard. ‎

"We consulted it to death," recounted our guest speaker.

All interest groups were given the opportunity to be heard. In the end, all sports bodies agreed. The last one to come on board was cycling – "of course", remarked Me Pound.

In late-2005, a UNESCO conference was held to adopt the International Convention against Doping in Sport, which calls upon state parties to adopt measures that will give force to the principles of the World Anti-Doping Code and support the work of WADA.

Interestingly the IOC compelled any country bidding to host the Olympics to have adopted the Anti-Doping Code into its national law. This led to the remarkable feat of the United States subscribing to a UNESCO treaty for the first time! ‎

Now that it has been adopted by most national governments, the Code has become the law of the land throughout most of the world. It benefits from the coercive powers of national courts, including the power to compel provision of evidence and to compel witnesses to testify, as well as punitive powers.

Since the Anti-Doping Code was adopted, the system has been working relatively well. The sports world is acknowledging that doping is a problem; nations are realizing that when a test is positive, it is not necessarily a failure by that nation (Russia being perhaps an exception); and the Court of Arbitration for Sport has been rendering judgments rapidly when necessary – sometimes within 24 hours. These judgments are enforceable under national laws.

It took a long time, but now sports authorities realize they must act reasonably. They can no longer draft ambiguous rules. Indeed, thanks in large part to our guest speaker, the rule of law is now an integral part of the world of sport!

The English-speaking section of the Bar of Montreal is pleased to invite you to its 9th edition of Trial Practice Do’s & Don’ts: Hot Tips from the Experts. This year’s topic is:

Writing For The Court – Giving Judges What They Want.

We have an incredible lineup of jurists:

The Honourable Mark Schrager of the Court of Appeal

For more information and to register, please visit the Bar of Montreal’s website. We look forward to seeing you! 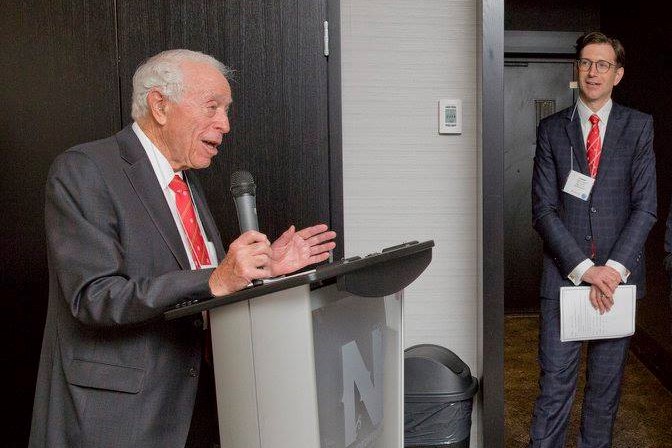 "You have been a trailblazer for the progress of fair representation of Jewish lawyers in the profession. Second Jewish Bâtonnier of Montreal, you were also one of the founders of The Lord Reading Law Society in 1948. How did the Society come to be?"

For the answer, you will have to click through to read an incredible interview with Society Past President Manny Shacter, thanks to McGill's Faculty of Law. 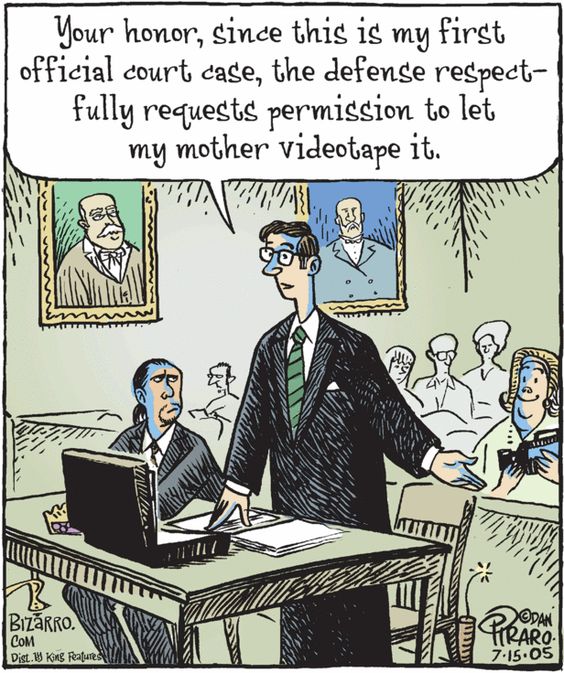 News from the Mishpacha