If you were not present at the Society’s Young Bar Hockey Evening on Monday, November 16th, you missed out. Approximately 30 of our younger members and future members, gathered to network with members of the Society, while cheering on the Habs (who won in overtime!) Notwithstanding the lack of rest following that late night of fun, all those in attendance had a great time.

As for our dinners, Justice Stober enthralled us with his insights into the right to silence and his wonderful sense of humour on October 15th at the Alan B. Gold Advocacy Lecture.

On Tuesday, November 24th, the Deputy President of the Supreme Court of Israel, Justice Elyakim Rubinstein, will be our guest.  He will be delivering the Henry Steinberg Memorial Lecture named in honour of the late Quebec Court of Appeal judge. You can find links to register for the dinner on the left of this page. Don’t forget that the early bird discount expires on Thursday, November 19th.

The annual students dinner is set for January 28, 2016.  We are in the process of finalizing our speaker. Stay tuned.

Looking farther afield, don’t forget to “input into your smartphones” the date of March 17th, 2016.  When once again one of the “Supremes” will honour us with their presence. With his first speaking engagement at a LRLS dinner, the former Bâtonnier of the Barreau de Montréal, Mr. Justice Richard Wagner will be our guest.

In addition, another prominent speaker has recently been confirmed.  The Dean of the Law Faculty at McGill University, Prof Daniel Jutras, Ad.E., will honour the Society with his words of wisdom on April 6, 2016.

Following Spring break, Purim and Passover, we resume in May with the annual Young Bar Cocktail organized, as it has been for a number of years now, by Marissa Lydynia & Andrew Kliger, our Young Bar Chairs.

Then, on May 25th, we have a most special treat in store.  The Annual Human Rights Dinner will be a tribute to one of the most respected jurists in Canada and a cherished member of the mishpacha, the Honourable Irwin Cotler.  The organization of the evening is in the very capable hands of two of our Past Presidents, Casper Bloom and Ted Goloff, and their committee.

I look forward to seeing you on the 24th and beyond.

The 2015 Alan B. Gold Advocacy Lecture: When Silence may be Golden

On October 15, 2015, we were honoured to have as our guest speaker for the annual Alan B. Gold Advocacy Lecture, Mr. Justice Michael Stober of the Superior Court of Quebec. In an informative speech filled with humorous anecdotes from his days as a Crown prosecutor in both Alberta and Quebec, he expounded on his chosen topic “When Silence may be Golden” (the title serving as both an indication of the topic and an allusion to the late Justice Gold).  More particularly, our guest speaker expounded upon “Legal rules and practical scenarios of interest to every practitioner concerning the right to-and sometimes the need for- silence”.

Mr. Justice Stober’s speech covered the right of the accused to counsel and dealt with questions of admissibility of evidence. Although one is required to allow a search warrant to be administered, there is no obligation to respond to the questions posed by police who are executing the warrant.

Our guest speaker gave us some historical perspective on how there is now greater respect for the rights of the accused (and greater use of technology). Where once police statements were written out by the accused (or dictated to police who wrote them out) and then signed by the accused, nowadays, the questioning is recorded on video. This allows for more accurate evidence when a court is later called upon to determine whether a statement was given “freely and voluntarily”.

The right to silence must be balanced with society’s right to investigate crimes. The issue, in other words, is whether or not a witness statement is admissible at the hearing.

Section 24(2) of the Canadian Charter of Rights and Freedoms states that when “evidence was obtained in a manner that infringed or denied any rights or freedoms guaranteed by [the] Charter, the evidence shall be excluded if it is established that, having regard to all the circumstances, the admission of it in the proceedings would bring the administration of justice into disrepute”. Thus, the Crown must prove beyond a reasonable doubt that any statement was obtained voluntarily and that is was made of the free will of the accused.

The right to remain silent is not, however, a right not to be spoken to – the police can keep asking questions. R v. Hebert [1990] 2 S.C.R. 151 is the leading Supreme Court of Canada decision on an accused’s right to silence under Section 7 of the Charter. The case dealt with an undercover officer who elicited a confession in a jail cell after accused had invoked his right to remain silent when earlier questioned by the police.

At the end of the day, though, each case turns on its unique facts.  As Mr. Justice Stober himself wrote in R. c. Tshitenge Masuku, 2011 QCCS 5492, “Each case turns on its own facts and each interview reflects a different dynamic between the police interviewer and the detainee. One must not lose sight of the fact that an interrogation between a police detective and a criminal suspect is not a light-hearted picnic at Club Med.”

Throughout his speech to the Society, Mr. Justice Stober regaled the audience with funny stories from his days as a prosecutor, including Freudian slips made by litigators, such as the time when a defence counsel wishing to proclaim the honesty of his client, who was accused of shooting somebody, stated in court, “My client is a real straight-shooter”. Whoops …

He also told the story of his first jury trial as a crown prosecutor, where the accused, on trial for arson, was a Mr. Larson. He had red hair and was represented by defence counsel named Percy Pyro. So it was the case of “Red-headed Larson up on arson, defended by a Pyro!”

The Lord Reading audience laughed heartily at our guest speaker’s anecdotes. By the end of the evening, we emerged more knowledgeable, but also thoroughly entertained!

On November 24th, several dozen law students, stagiaires and young lawyers gathered at the Lord William Pub for the Society’s first ever Young Bar Hockey Night. An initiative of Young Bar Chairs Andrew Kliger and Marissa Lydynia, the evening was designed to introduce young people to the Lord Reading Law Society in a more informal atmosphere.

The evening was a smashing success. The guests had an apportunity to meet and talk with numerous members of the Executive and Board who were present, and learn about the Society while enjoying a drink and a Habs overtime win. We congratulate the Young Bar Chairs for their organization, and look forward to this event  becoming a regular part of the Society’s calendar. 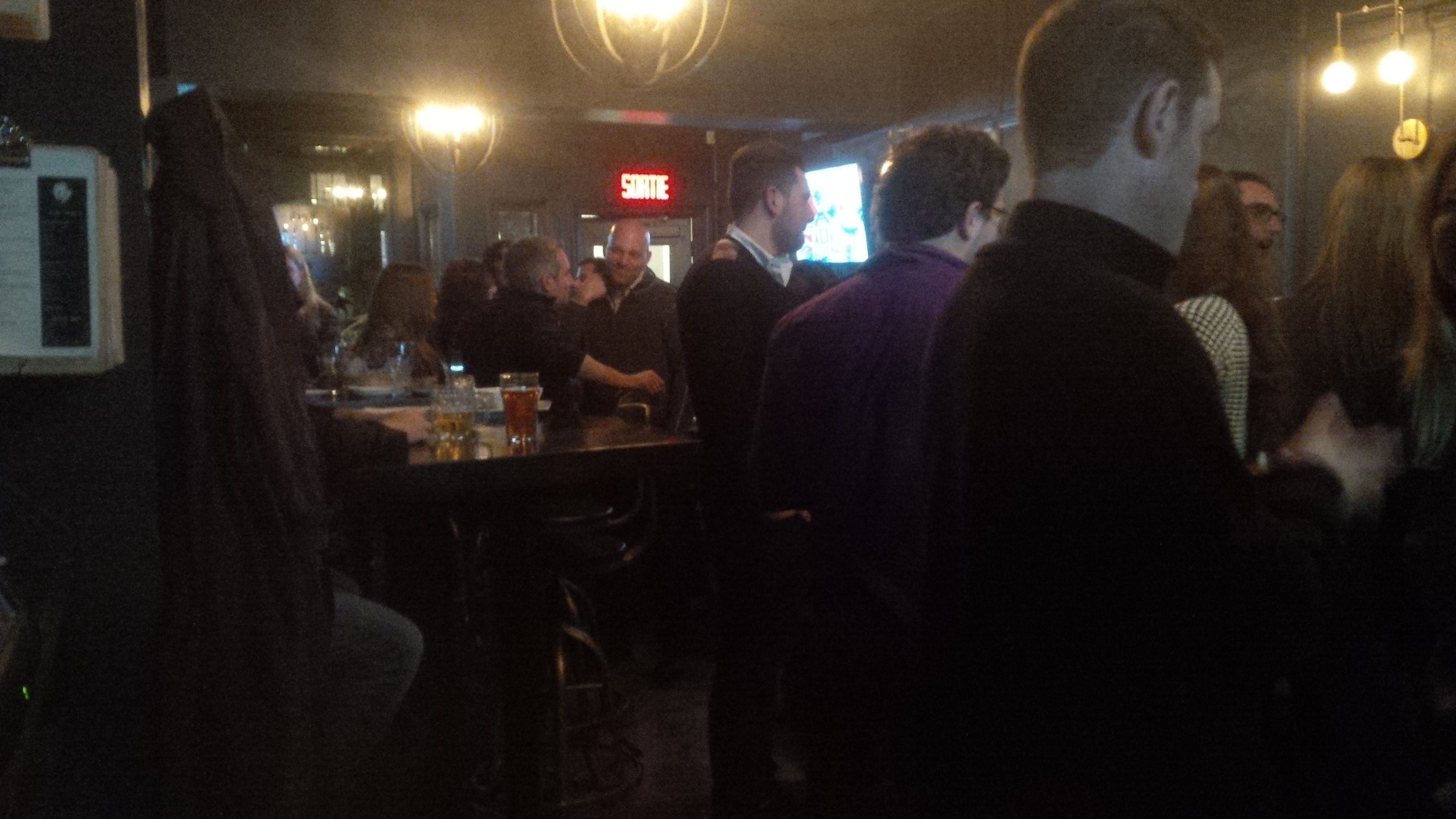 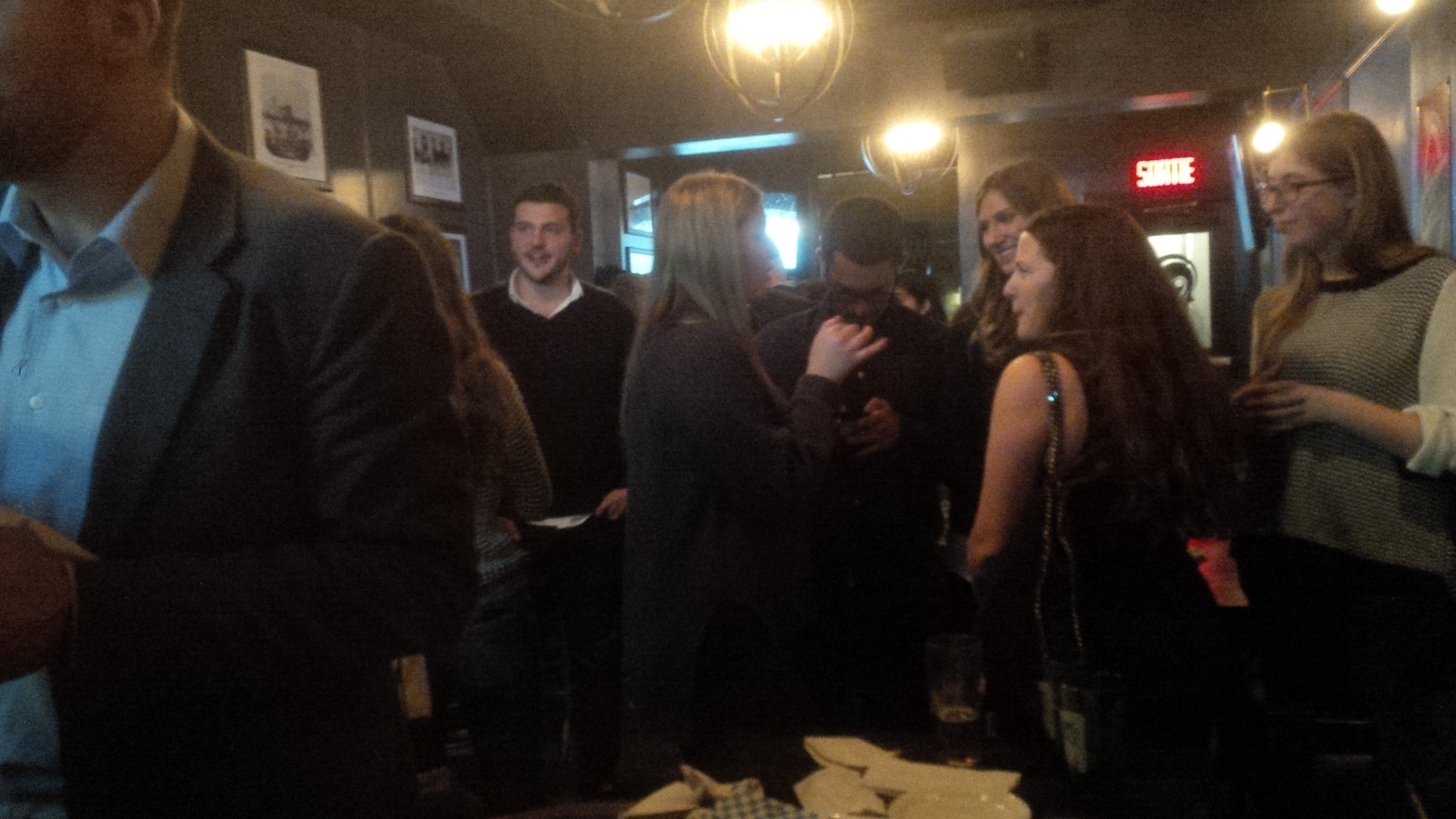 The Lord Reading Law Society is pleased to invite you to a very special daytime conference on Tuesday, November 24th, entitled “Contemporary Challenges in International Law – Canadian and Israeli Perspectives”.

Prominent panelists will include Irwin Cotler, former Minister of Justice and Attorney General of Canada, and Daniel Taub, former Israeli Ambassador to the United Kingdom, along with other leading Canadian and Israeli legal experts. The session will be recognized by the Barreau du Québec for five (5) hours of continuing legal education.

The conference is hosted by the Israeli Consulate General in Montreal and the Centre for Israel and Jewish Affairs (CIJA), with the participation and support of the Lord Reading Law Society. It will be held at the Gelber Conference Centre, 5151 rue Côte Ste-Catherine, and will begin at 8:30 AM, ending at approximately 3:30 PM (just in time for you to make it to the Shaar for the Society’s dinner that evening!).

The cost of the conference is $75, and students can benefit from a reduced price of $36. The price includes both breakfast and lunch, as well as the aforementioned 5 hours of CLE credits. You can register and pay online at http://internationallawconf.eventbrite.ca/. If you need any more information, please email quebec@cija.ca or call 514-345-6411 ext. 3166. 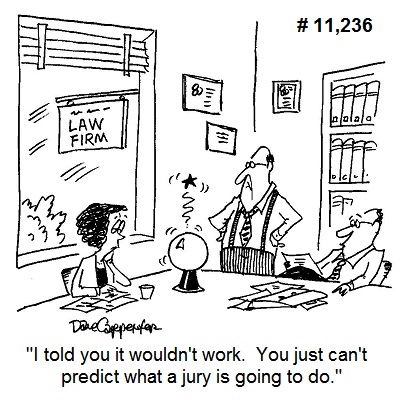